Q&A: Larry Lee on son Brooks being selected by Twins in 1st round of MLB Draft

After the Minnesota Twins took Cal Poly infielder Brooks Lee with the eight overall pick in the 2022 MLB Draft on Sunday night, they’ve reached a verbal agreement on a contract.

KSTP Sports can confirm the @TLSchwerz (Twitter) report of a signing bonus of $5.675M coming Lee’s way after he passes a physical.

We spoke with Larry Lee, Brooks’ dad and coach at Cal Poly to learn all about Brooks.

***Click the video box above to watch our chat with Larry Lee, + to see highlights of Brooks***

Lee, 21, is a switch-hitter who played shortstop in college. He hit .357 with 15 home runs and 25 doubles last season while walking 46 times and only striking out 28 times. 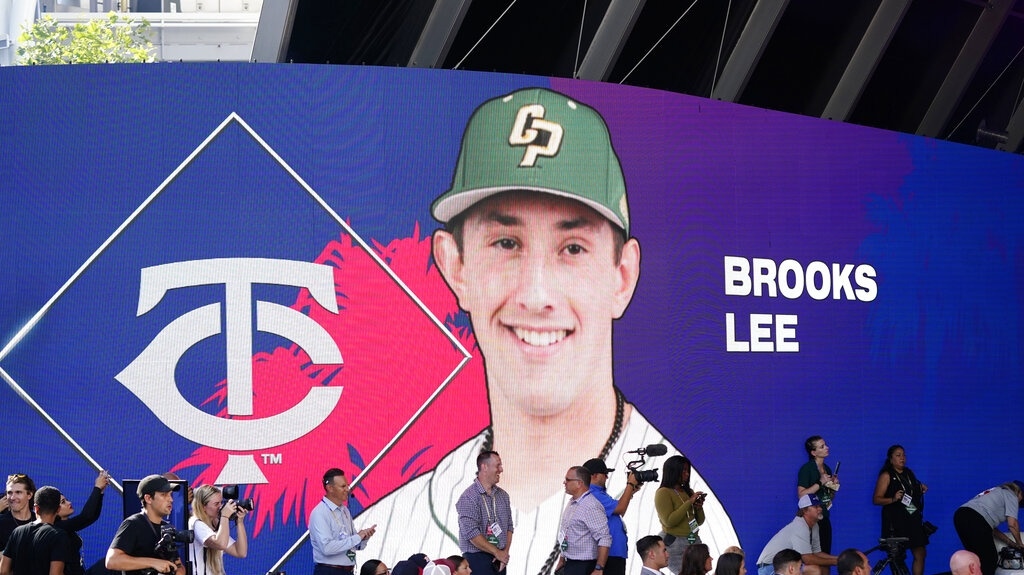 Brooks Lee is selected by the Minnesota Twins with the eighth pick of the 2022 MLB baseball draft, Sunday, July 17, 2022, in Los Angeles. (AP Photo/Jae C. Hong)

The San Luis Obispo, California native was ranked as the second-best overall prospect entering the 2022 draft by Baseball America and the fifth best by MLB.com. He is the highest overall pick out of Cal Poly as well as the fourth player from the school taken in the first round (including supplemental picks). Brooks is named after Hall of Famer Brooks Robinson.