There was nothing but smiles over at Hill-Murray’s boys hockey practice this week, as the Pioneers get set for an abbreviated 2021 hockey season.

"It’s exciting! .. If you think back to the state tournament, it’s been nine months, which is a long time that we haven’t been with them (kids). We’re glad to be back," said Bill Lechner, Hill-Murray’s head coach.

One of the new rules for teams this season will be for players to wear face coverings. Protecting the kids is the top priority and it will make for adjustments in a game that requires a high tempo pace of play.

"It will be little strategies around it, like when you get off your shift and you need a drink of water, then knowing where your individual water bottle is. There are challenges, but we’re trying to work through it just like we did at tryouts yesterday. It’s going to be an adjustment for the kids and they are young and resilient. I hope they can respect the decision makers that they can breathe properly and not have other situations occur. We respect the authority that they believe what’s best, so we’re going to follow the rules," Lechner added. 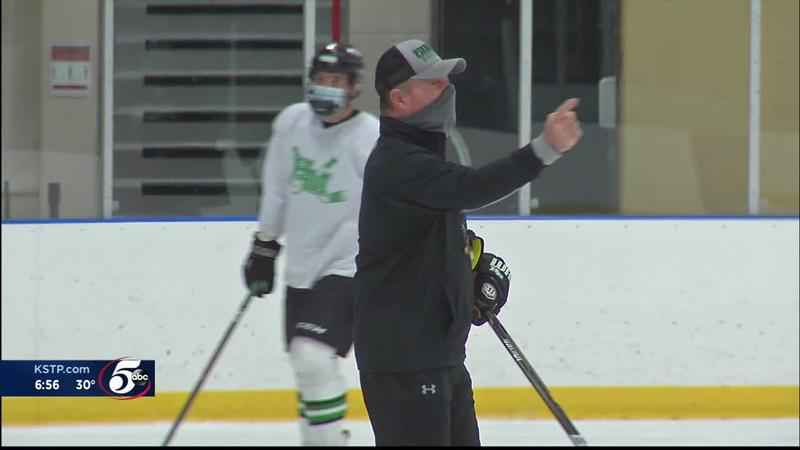 It’s still too soon to tell if Hill-Murray will get a chance to defend its 2A state title from a year ago, however, the team and coaching staff aren’t looking that far into the future. Currently, they’re just trying to get everyone into shape as quickly as possible for their first game on January 16th against Mahtomedi, the defending 1A state champs.