The middle of summer isn’t considered the offseason for some high school football players. Nearly 80 quarterbacks from Minnesota and surrounding states participated in a two day camp at Minnetonka High School, and they learned more than techniques on the gridiron.

The quarterback camp was run by Jeff Trickey. A nationally known QB coach, based in Wisconsin.

“These are young men that have chosen to play what we think is the most demanding position in all of sport,” said Trickey.

Each drill over two days reminded the quarterbacks of that demand.

“It’s attention to details, which is important when you’re a senior going on varsity,” said Brady Speitz. A senior from New Hampton, IA. Speitz drove three hours to attend the camp. 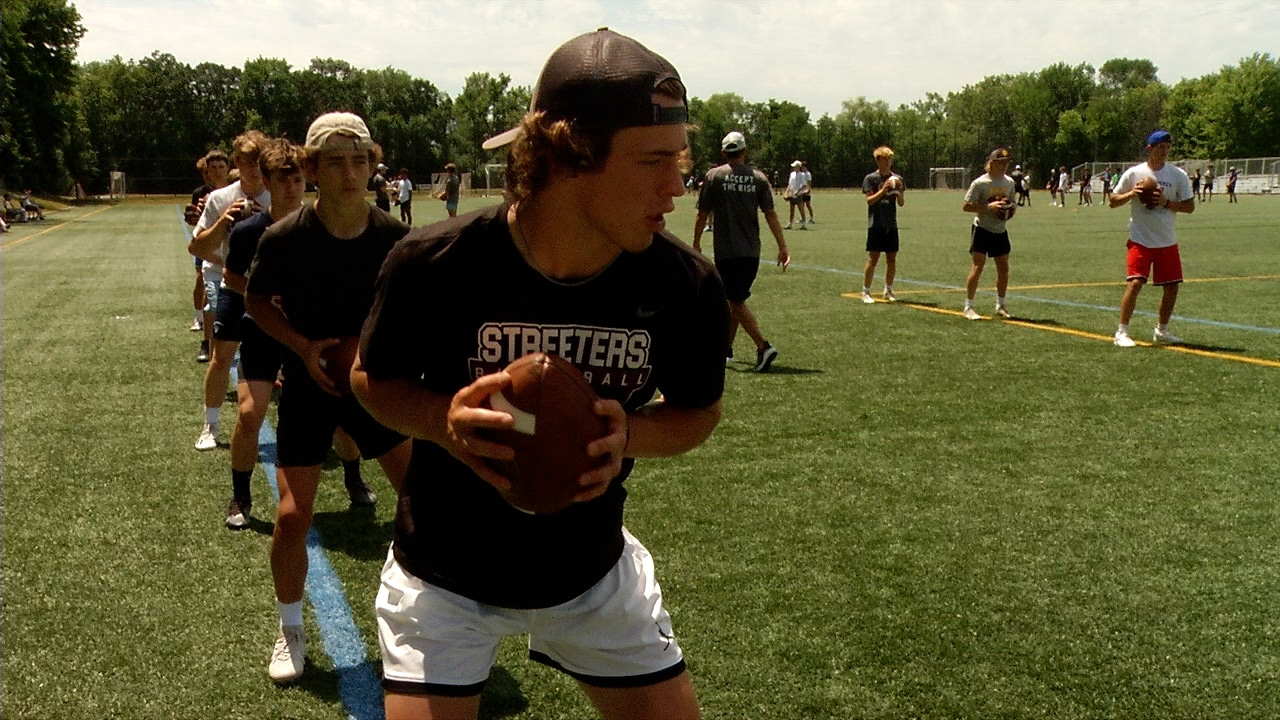 Trickey’s QB camp has other Minnesota ties. Minnesotan Trey Lance, now an NFL quarterback with the 49ers was once a participant in the camp. Minnesota Vikings head coach Kevin O’Connell is also a former quarterback and coach with the camp.

In a day when viral videos and getting recruited is what matters most to some players, being a leader in your community was the message pumped into these quarterbacks during this camp.

Trickey said, “it’s not for everybody, and these young men have accepted what we call, ‘accept the risk of leadership.'”

Leadership skills was a priority at this camp, and gave it a different feel for some of the athletes that have attended other camps.

For more information on Jeff Trickey and his quarterback camps, click here.