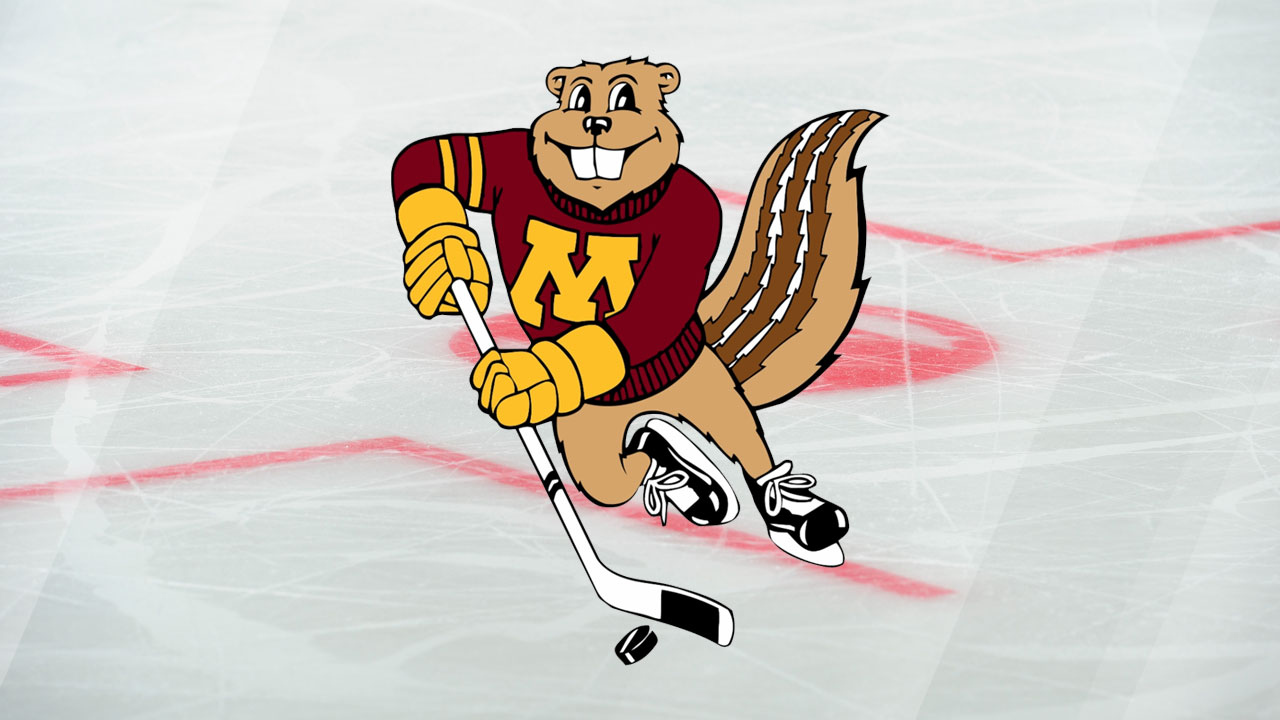 The No. 1/4 Minnesota men’s hockey team scored once in both the first and second periods before adding three goals in an eight-minute span of the third to rout No. 11/13 Michigan State Friday night in a 5-0 victory at Munn Ice Arena.

Justen Close backstopped the Big Ten-leading Gophers Gophers (12-5-0 overall, 7-2-0 B1G) to his third shutout of the season turning away 25 shots, while Logan Cooley had two goals and an assist to power the offense. The Maroon and Gold scored five or more goals for the fourth time in their last five outings, securing the 10th-straight win over the second-place Spartans (11-5-1 overall, 5-3-1 B1G).

Both teams were able to generate chances from behind the goal line in the early stages of the series opener with strong forechecking. That effort paid off for the Gophers eight minutes into the contest when Mason Nevers intercepted an MSU pass behind the goal and quickly fed Cooley in the slot. The freshman snapped a one-timer past the two-time B1G First Star of the Week goaltender and silenced the near-capacity crowd. Minnesota limited the home side to just five shots during the period, including only three over the final 15 minutes, taking the 1-0 margin into the locker room.

Two minutes into the second frame, Rhett Pitlick skated in behind the Spartans’ defense for a partial breakaway, but his bid was denied. Close came up big to maintain the one-goal lead as he stopped an attempt from the slot as well as a dangerous rebound. The Gophers’ senior made another sparkling save at the midpoint of the stanza, snagging a redirect out of the air as MSU made a strong push. The Spartans continued to pressure and came close to the equalizer when their shot rang off the left post. Pitlick erased any momentum the home team was building as he buried a rebound on the backhand off an Aaron Huglen shot with 2:57 to play in the period, stretching the Maroon and Gold lead to two.

Close was tested again beginning the third period and had to make a breakaway save as MSU caught the Gophers on a bad line change. At the 11:26 mark, it was senior Bryce Brodzinski that added an insurance tally as he rifled a shot from the top of the circle over the glove and Minnesota was in control, 3-0. Nevers took a long-range pass from Brock Faber and entered the zone before dropping the puck off to Brodzinski. Barely a minute later, Matthew Knies found the back of the net and the Gophers made it a handful when Cooley put away his second of the night in the closing minutes.

Noteworthy
Cooley scored his fourth goal over the past four games, and second game winner, as he had his fourth-consecutive multi-point performance … The Pittsburgh, Pa., native posted his second three-point effort of the year and first since opening night … Pitlick has five goals in his previous five games, scoring in four of those outings … Jackson LaCombe remains tied for the team lead getting his 12th assist of the year on the game-winning goal … Huglen has posted points in back-to-back contests for the first time this season … Nevers registered an assist for the third-straight game, while Faber extended his career-long point streak to five … Jimmy Snuggerud assisted on the final two goals and has multiple points in five-straight games for a team-leading 22 points … Friday also marked the second-consecutive game where the Gophers did not commit a penalty.

Coach Motzko’s Comments
“It was a solid game and a lot of good Gopher hockey going on out there tonight,” Minnesota head coach Bob Motzko said. “It started with our goalie Justen Close. He had to make two monster saves when the game was close and we only broke it open there at the end.”

Next Up: Away at Michigan State (Dec. 3)
The Gophers close the weekend series at MSU Saturday evening with puck drop set for 5 p.m. (CT).