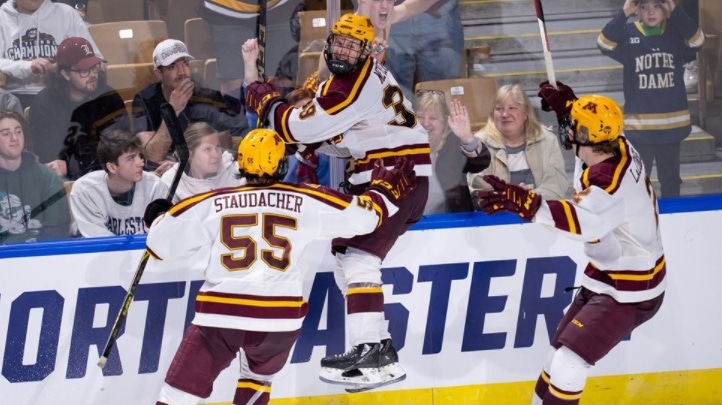 Brink, by the way, is a Minnetonka, Minn. native who was named the National Collegiate Hockey Conference Player of the Year earlier this month.

Meyers’ Gophers and McKay’s Mavericks are set to face each other on April 7 in the Frozen Four semifinals. Brink’s Denver squad will play Michigan, with the winners facing off on April 9 in the championship game.