Minnesota Gophers football head coach PJ Fleck met with the media on Monday morning inside of the Athletes Village on campus.

***CLICK ON THE VIDEO BOX ABOVE TO HEAR FROM FLECK***

Fleck discussed the 27-22 loss to the Iowa Hawkeyes from Saturday, what he saw from his team in the game, what he saw in the team’s passing attack, if he feels like the team is a step slow in running routes, and what hee sees in the Indiana Hoosier football team.

The Gophers play at Indiana on Saturday at 2:30 p.m.

The Gophers’ loss at Iowa dampens hopes of winning the Big Ten West. Not only will the Gophers have to win out, but will need plenty of help. 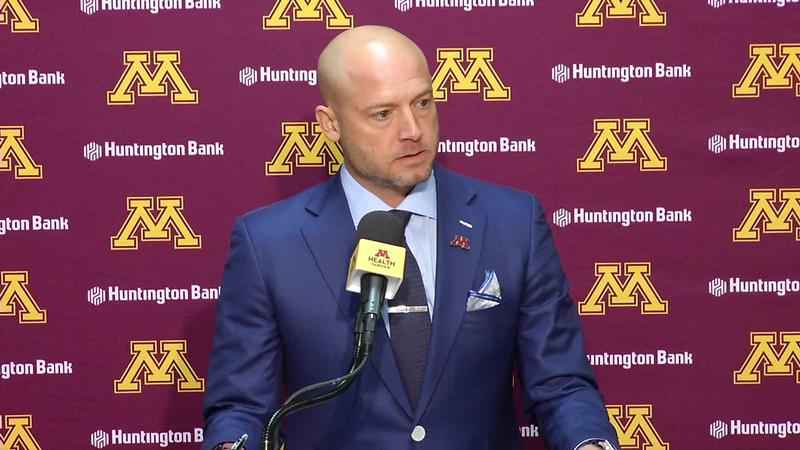 Minnesota Gophers football head coach P.J. Fleck met with the media on Monday morning inside of the Athletes Village on campus.[KSTP Sports]

Courtesy of the Associated Press:

The Gophers had the ball for 40:05 without a turnover on Saturday. Per @Sportradar, only 4 FBS teams in the last 5 seasons lost with 40:00+ TOP and no TOs: