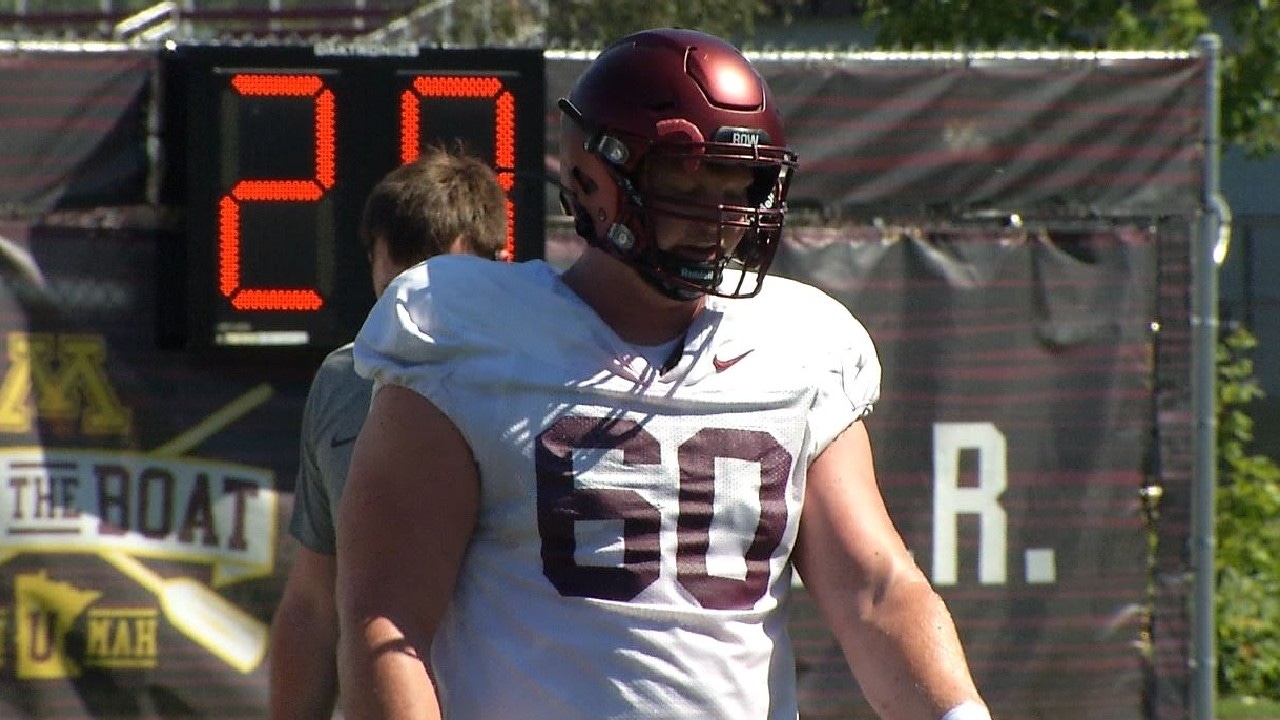 University of Minnesota center John Michael Schmitz has been named a finalist for the Rimington Trophy.

The award is given each year to the best center in college football.

Schmitz joins USC’s Brett Neilon and Michigan’s Olusegun Oluwatimi as finalists for the award this season.

The Gophers center has anchored Minnesota’s offensive line, which ranks in the top 25 nationally in sacks allowed and tackles for loss allowed.

Schmitz was named First Team All-Big Ten by both the coaches and media, making him the first Gophers center to win that honor since Greg Eslinger from 2003-05. He was also named to the First Team Midseason All-America Team by The Associated Press, ESPN, PFF and CBS, and he’s been recognized by the Outland Trophy Watch List and the Rotary Lombardi Award.

The trophy presentation is scheduled for Jan. 14.