Many would consider chopping wood a chore, or sawing logs as a reference to snoring while sleeping. It’s the opposite for Golden Valley’s Cassidy Scheer. He’s a competitive lumberjack going for a world title in Hayward, WI this weekend.

“People know me as Cassidy the lumberjack,” Scheer said with a smile on his face.

Scheer grew up in Hayward, and learned the art of being a competitive lumberjack as a family affair. His father, Fred Scheer is a four time lumberjack champion. The Scheer family has accumulated 34 individual titles at the Lumberjack World Championships in Hayward. Cassidy has been competing professionally since he was 15-years-old.

Scheer chops or saws through wood two hours a day, five days a week for his training in his lumberjack paradise at his friends house in Golden Valley. They call it the “Chip Yard.” Any time a storm knocks down trees in the area, that is usually a benefit for Scheer in finding more wood to train with.

“If a nice aspen or a pine goes down, if it’s the right diameter, I’m there and I’m on it,” Scheer said. 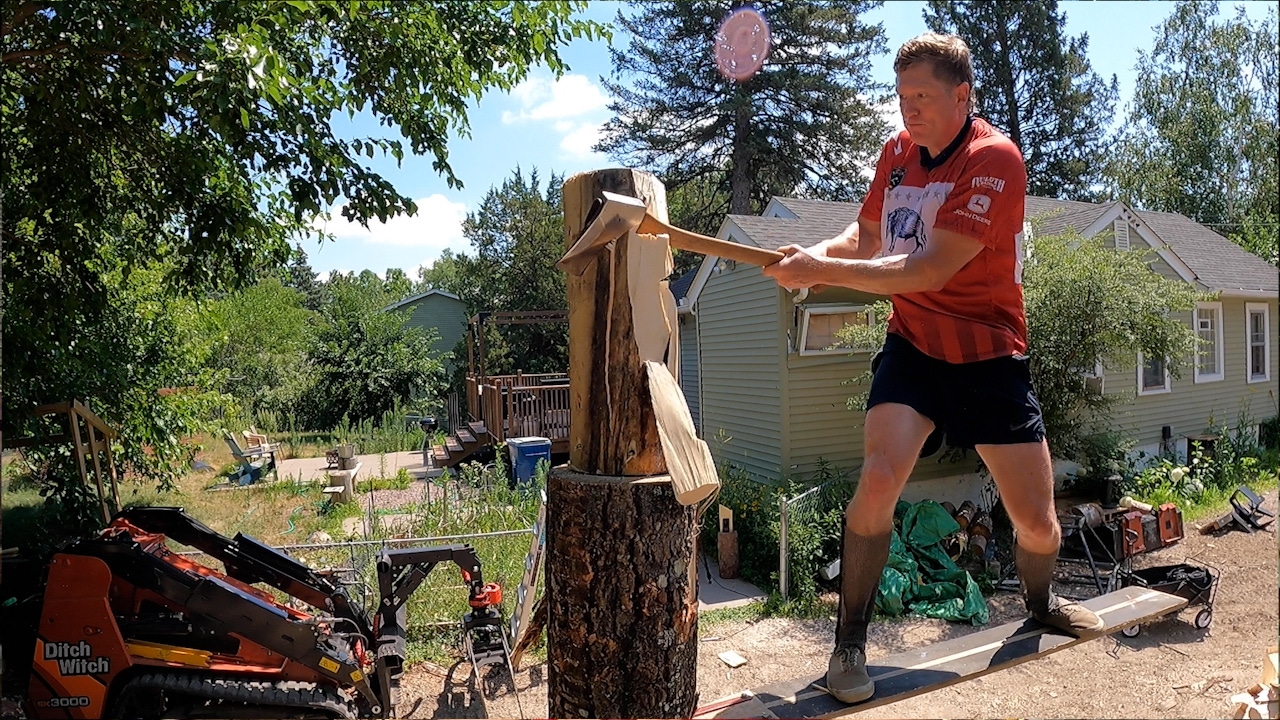 Scheer is still after his first overall world title at the Hayward games, but he is the defending world champion in the Springboard Chop event. A lumberjack will cut out notches in a pole for a lumberjack ladder, then chop down a log on top of the pole, nine feet off the ground in under a minute.

“Sometimes it makes you nervous, sometimes it gets you jazzed up, ready to go. Once that starting gun goes off I’m all business,” said Scheer.

Scheer has missed winning a world title by a tenth of a second. He was disqualified in an event with a false start, the points from that event likely would have given him a title. Being that close and coming up short helps fuel his passion to keep competing.

“Marry yourself to the process or divorce yourself from the result. That mindset has worked out pretty well for me,” said Scheer.

He hopes to qualify for the U.S. Timbersports team for the world championships in Sweden in October.

For more information on the Lumberjack World Championships in Hayward, click here.

Scheer’s quest to being a world champion can be followed on his Instagram page @the_lumberjack_lifestyle.