After a scoreless first period, Mound Westonka struck first when Ellie Schmid scored an even-strength goal, with assists from Montana Courneya and Sydney Leonard, to give the White Hawks a 1-0 lead with 15:32 left in the second period.

Later in the second period, the Packers would answer back Ashley Jerikovsky assisted Lily Pachl to make it 1-1 with 6:39 left in the period.

Early in the third period though, White Hawks’ Leonard would take the puck end-to-end and score to make it 2-1 with 15:41 left in the game. Mound Westonka’s goaltender Callie Nelson would stop all the shots to give the White Hawks the win. 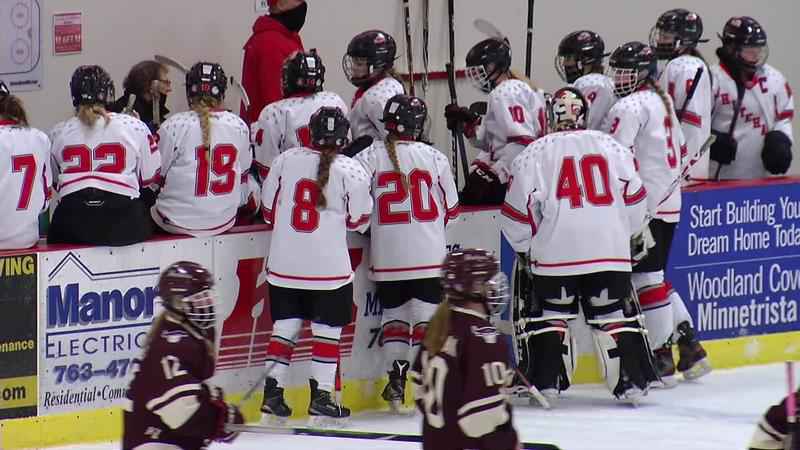 The Packers fall to 7-4, while Mound Westonka improves to 8-0 on the season.