Glencoe-Silver Lake (19-5) kept pace with Albany until midway through the first half, but the Huskies went on a 15-3 streak over the final four minutes and led 46-29 at the break. Albany senior guard Paige Meyer had 19 points in the first half. She was 7-of-10 from the field and 4-of-6 behind the arc with six rebounds, seven assists, and two steals. 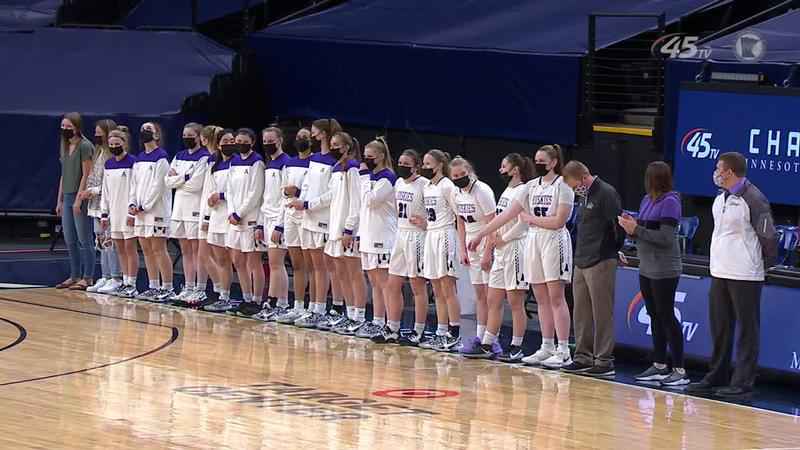 Albany (23-1) advances to the Class AA title game and will face either New London-Spicer or Providence Academy. That game is scheduled for 3 p.m. on Friday, April 9.