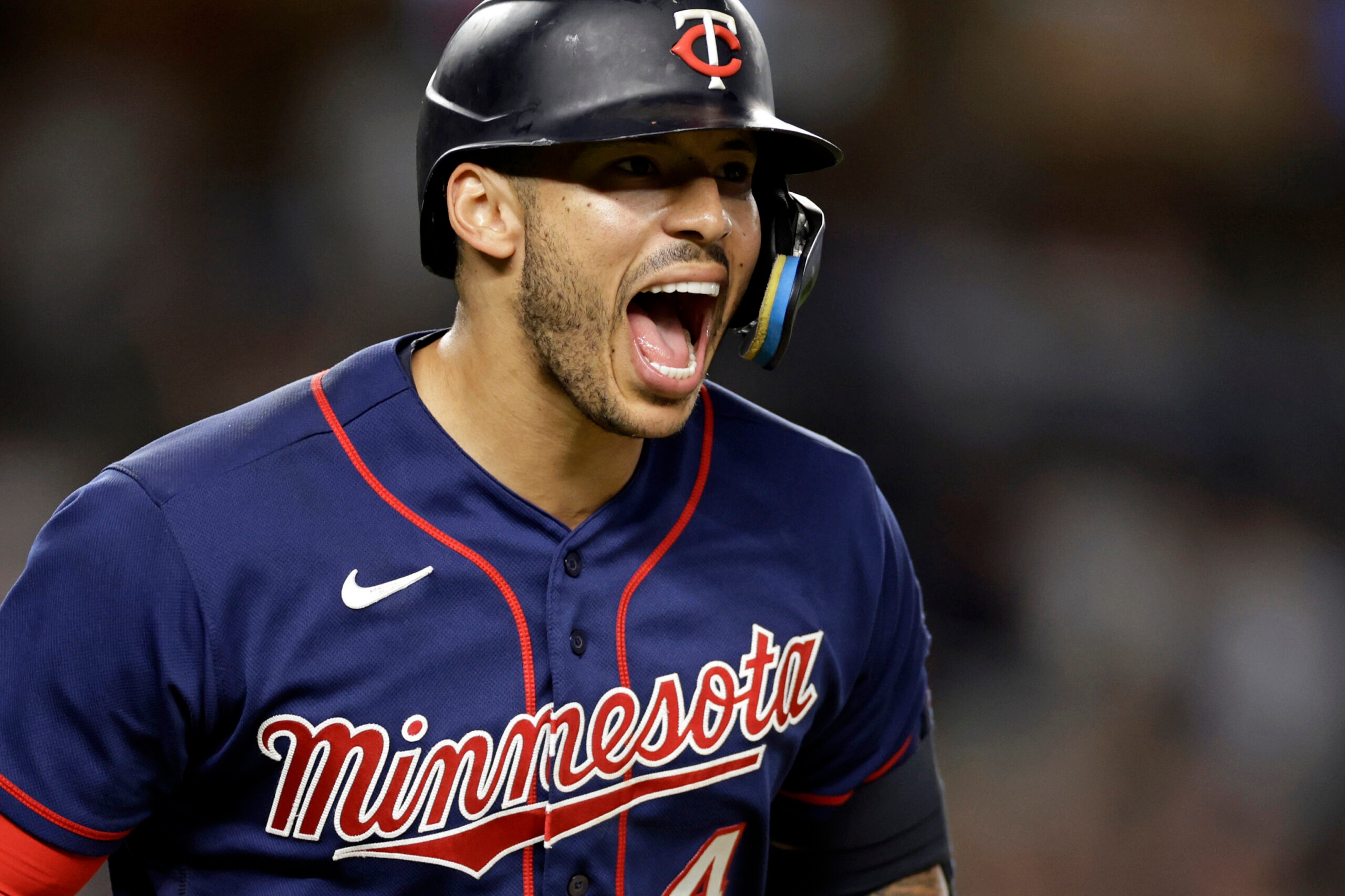 Carlos Correa responded to booing Yankees fans with a tiebreaking, two-run homer in the eighth inning, and the Minnesota Twins beat New York 4-3 on Thursday night to avoid a four-game sweep.

Correa’s two-out drive off former Fordham pitcher Greg Weissert followed an unsuccessful video review called by the Yankees after what New York thought should have been the third out. The Yankees maintained Wandy Peralta (2-4) got to first in time on the flip from first baseman Marwin Gonzalez on Jake Cave’s grounder, but replays showed Peralta trapped the ball with his glove against his body.

Yankees manager Aaron Boone bounded from the dugout to argue with crew chief Larry Vanover and threw his hands up in frustration before leaving the field.

One out later, Correa connected on a 1-2 slider for his 18th homer, his second in two days. It gave Minnesota a 4-2 lead and he pounded his chest in the direction of his dugout while rounding third base.

Minnesota held on to stop a 10-game losing streak at Yankee Stadium dating to May 2019.

Jorge López threw a run-scoring wild pitch in the bottom half, but the Yankees stranded the potential tying run at third in each of the last two innings. Caleb Theilbar ended the eighth by striking out pinch-hitter Giancarlo Stanton, who is 4 for his last 38. Stanton had not played since fouling a pitch off a leg on Monday,

New York loaded the bases with one out in the ninth on Oswald Peraza’s single, Aaron Hicks double and the fourth intenational walk to Aaron Judge in three games.

Michael Fullmer struck out Gleyber Torres and retired Isiah Kiner-Falefa on a groundout for his third save.

Minnesota ended a four-game winning streak by the Yankees, whose AL East lead was cut to 4 1/2 games over Tampa Bay heading into a weekend series against the Rays.

The Twins closed within 1 1/2 games of first-place Cleveland in the AL Central ahead of a weekend series against the Guardians in Minnesota.

New York went 1 for 8 with runners in scoring position and stranded 10 runners.

Facing the Yankees for the first time since they traded him to Cincinnati in January 2019, Sonny Gray allowed two runs and seven hits over six innings.

Nestor Cortes, returning from a trip to the injured list caused by a groin strain, retired his first 12 batters. Former Yankee Gary Sánchez, who had three hits, chased Cortes with a RBI double in the fifth, and Nick Gordon had a run-scoring single against Clarke Schmidt.

A MOMENT FOR THE QUEEN

A moment of silence was held prior to first pitch in honor of Britain’s Queen Elizabeth II, who died Thursday at the age of 96. A photo of Britain’s longest-reigning monarch was shown on the large video board in center field, along with a lit candle on the two smaller boards located on each side.

Yankees: INF DJ LeMahieu (right second toe inflammation) was placed on the 10-day IL, retroactive to Monday. … 1B Anthony Rizzo (headaches from epidural injection) could begin ramping up activities if his headaches are gone on Friday. … RHP Luis Severino (strained right lat) might make another rehab start, but if not is a possibility to return for a two-game series at Boston on Sept. 13-14. … RHP Scott Effross (strained right shoulder) is expected to throw a bullpen session either Friday or Saturday and could be close to returning. … RHP Lou Trivino (back spasms) was unavailable.