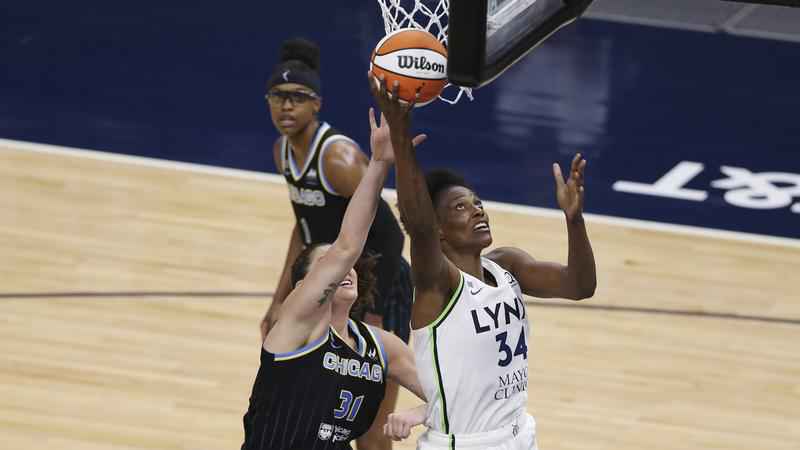 Quigley made a 3-pointer on back-to-back possessions to give Chicago a 78-57 lead late in the third. Minnesota went without a field goal for three-plus minutes in the quarter, and the Sky started the fourth on a 12-4 run for a 27-point lead.

Chicago scored 39 points in the first quarter after making 16 of 22 field goals, including 6 of 10 from 3-point range.

Napheesa Collier scored 27 points for Minnesota (4-6). Sylvia Fowles added 14 points. Kayla McBride was 1 of 5 from the field and Crystal Dangerfield made just 2 of 8.