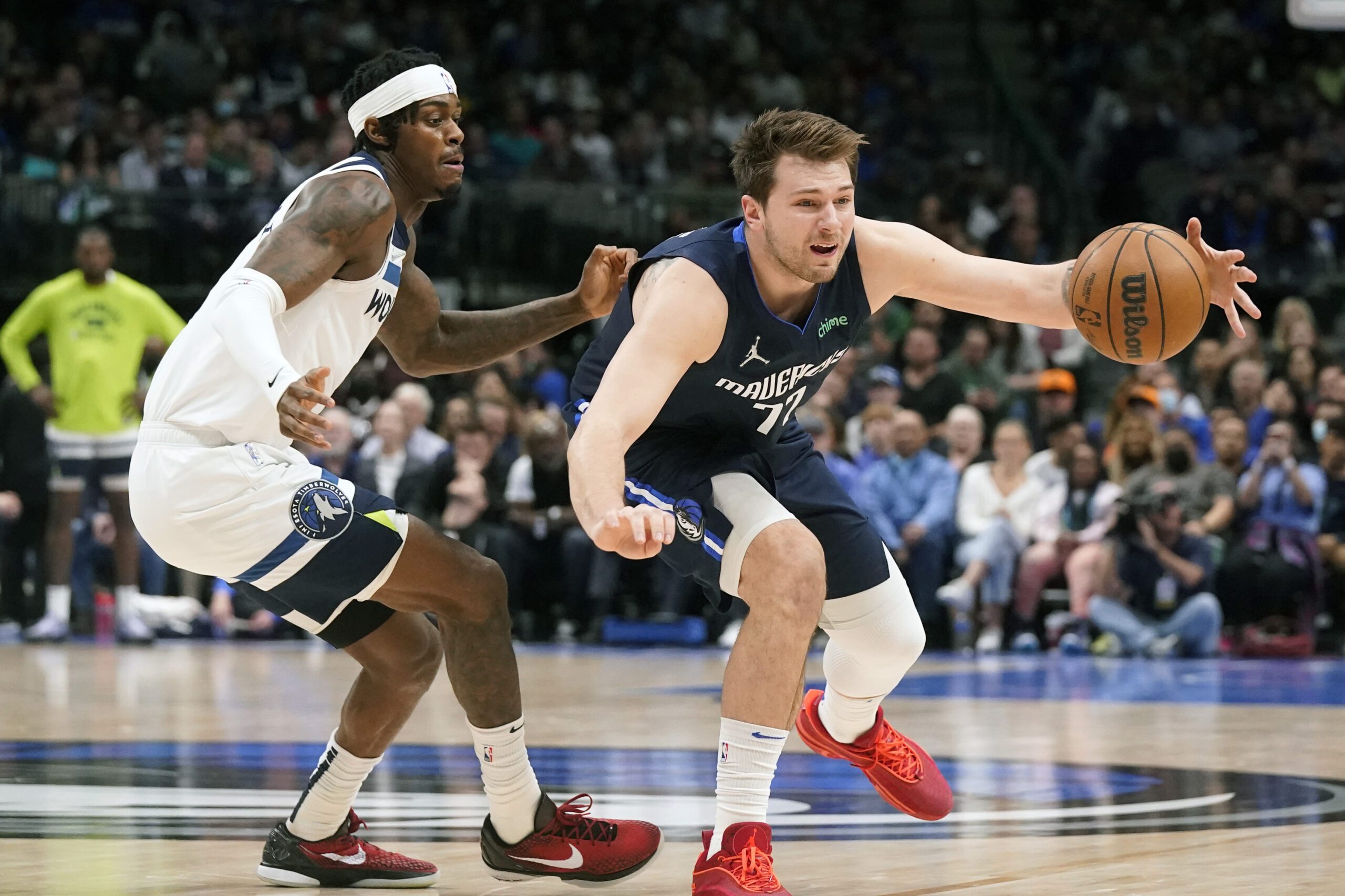 Reggie Bullock scored 18 points with a clutch 3-pointer late after missing four games for personal reasons, and the Dallas Mavericks beat the Minnesota Timberwolves 110-108 on Monday night in a game delayed briefly because of a leaky roof.

Luka Doncic had 15 points and 10 assists, the final one setting up a 3 by Dorian Finney-Smith from the same right corner where Bullock connected moments later. Dwight Powell scored 22 points on 8-of-8 shooting for Dallas.

The Mavericks avoided their first three-game losing streak since December and pulled within a game of Utah for the fourth seed in a tight middle-of-the-playoff pack in the Western Conference.

Karl-Anthony Towns scored 22 points for the surging Timberwolves, who had a four-game winning streak stopped with just their second loss in 12 games. They missed a chance to pull within a half-game of Dallas for the fifth seed.

After the 15-minute delay at the start, there was a lengthy interruption in a wild finish.

Minnesota trailed 110-107 when Patrick Beverley was fouled going up for a 3-pointer with 6.5 seconds left. An official ruled the foul was before the shot, meaning just two free throws, with Beverley and coach Chris Finch disagreeing loudly.

After missing the first free throw, Beverley missed the second on purpose, got his own rebound and Doncic was called for a foul that was overturned on a Dallas challenge.

Beverley chased down the jump ball from midcourt near the left corner. Before he could put up a 3 that went in, Doncic fouled him again with 2.5 seconds to go. Beverley made the first free throw and missed the second on purpose again. The Timberwolves couldn’t secure the loose ball before the clock expired.

Spencer Dinwiddie scored 20 points for Dallas, while Jalen Brunson and Finney-Smith had 15 apiece.

Timberwolves: Former Baylor player Taurean Prince scored 13 of his 17 points in the first half, going 3 of 4 from long range.

Mavericks: F Davis Bertans didn’t play after showing up on the injury report earlier in the day with right knee soreness. … Maxi Kleber was 1 for 9 from the field and is 10 of 45 since missing two games with an ankle injury.

The “rain delay” was the second time in less than two months a game in Dallas has been interrupted. The Mavericks’ 107-98 win over Philadelphia on Feb. 4 was delayed 44 minutes because of a rim malfunction.

Water from heavy rain could be seen dripping from the rafters above the stands, not far from the Minnesota bench. Arena workers had to dry the area around that bench as players stayed loose by continuing their pregame shooting. The leak stopped after storms moved through the area.

Timberwolves: West-leading Phoenix visits Wednesday. The Suns won the first two meetings and are going for their first season sweep of three or more games against Minnesota since 2010-11.

Mavericks: Houston visits Wednesday. The Mavericks are seeking their first season sweep of the Rockets since consecutive seasons in 2010-11 and 2011-12. Those were coach Jason Kidd’s final two seasons with Dallas as a player.