Gopher men’s hockey announced Thursday afternoon junior Brock Faber is one of three players who will captain the 2022-23 team. You’d expect that would be the biggest news on any given day in Faber’s life.

Hours later, the Maple Grove native’s NHL-rights were traded from the Los Angeles Kings to his hometown Minnesota Wild.

Click the video box on this page to watch Gopher hockey junior Brock Faber discuss having his NHL rights traded from the L.A. Kings to the Minnesota Wild

Faber said he was trying to get homework done when his phone rang Thursday afternoon. It was Kings general manager Rob Blake calling to tell him he’d been traded.

The Kings drafted Faber 4th overall in the 2nd round of the 2020 NHL Entry Draft. 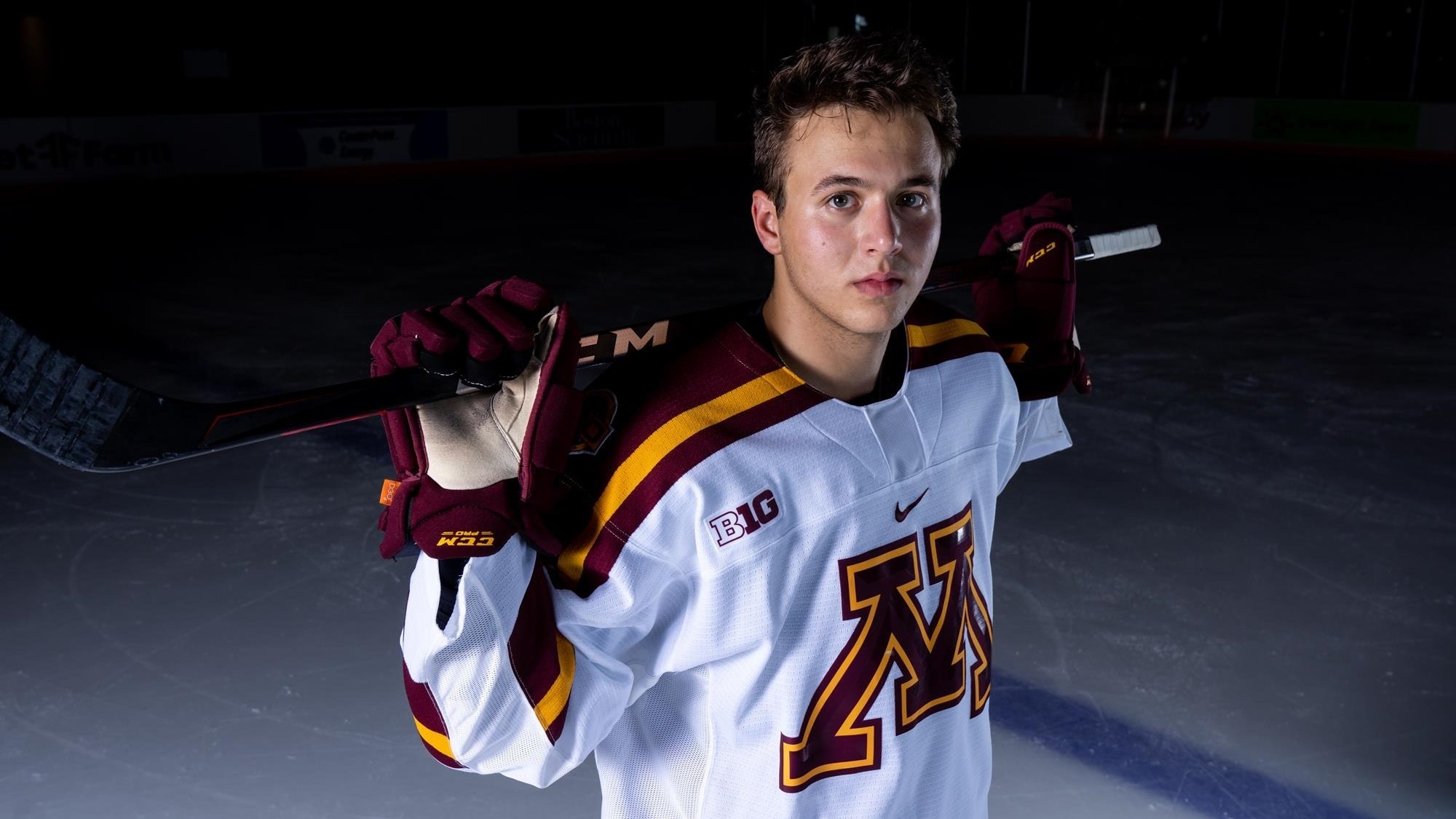 He admitted he felt shocked to realize when the brief phone call ended he’d become a prospect for the NHL team he’d been rooting for his entire life.

A photograph by one of the Wild photographers last season captured Faber at a Wild game, cheering after a Kirill Kaprizov goal.

Back to Thursday, Faber shook off the shock of his initial call from the Kings and called his father. He received a call from Wild GM Bill Guerin soon after.

He admitted he didn’t get around to finishing the the homework he’d been doing on Thursday.

Faber plans to remain with the Gophers at least through the upcoming 2022-23 season.

He’s likely to earn a spot on the United States team that will play in the World Junior Championships in August, an event that was postponed from January. Faber won gold while serving as an alternate captain at the 2021 World Junior tourney.

Faber also skated for the U.S. at the Beijing Winter Olympics in February.