The St. Thomas Academy boys hockey team won their second straight game after a 3-0 win over No. 2 (A) Hermantown Saturday afternoon.

The Cadets took a 1-0 lead in the first period after a goal from junior defenseman, Brody Dietz.

St. Thomas Academy collected two goals in the third period, the first from Jordan Tachney. That was followed by an empty net goal by Tommy Cronin in the 3-0 victory.

Cadets’ goaltender Cody Niesen had 28 saves in the shutout.

With the win, St. Thomas Academy improved to 12-5-0 overall, the Cadets are at Hastings Tuesday night. 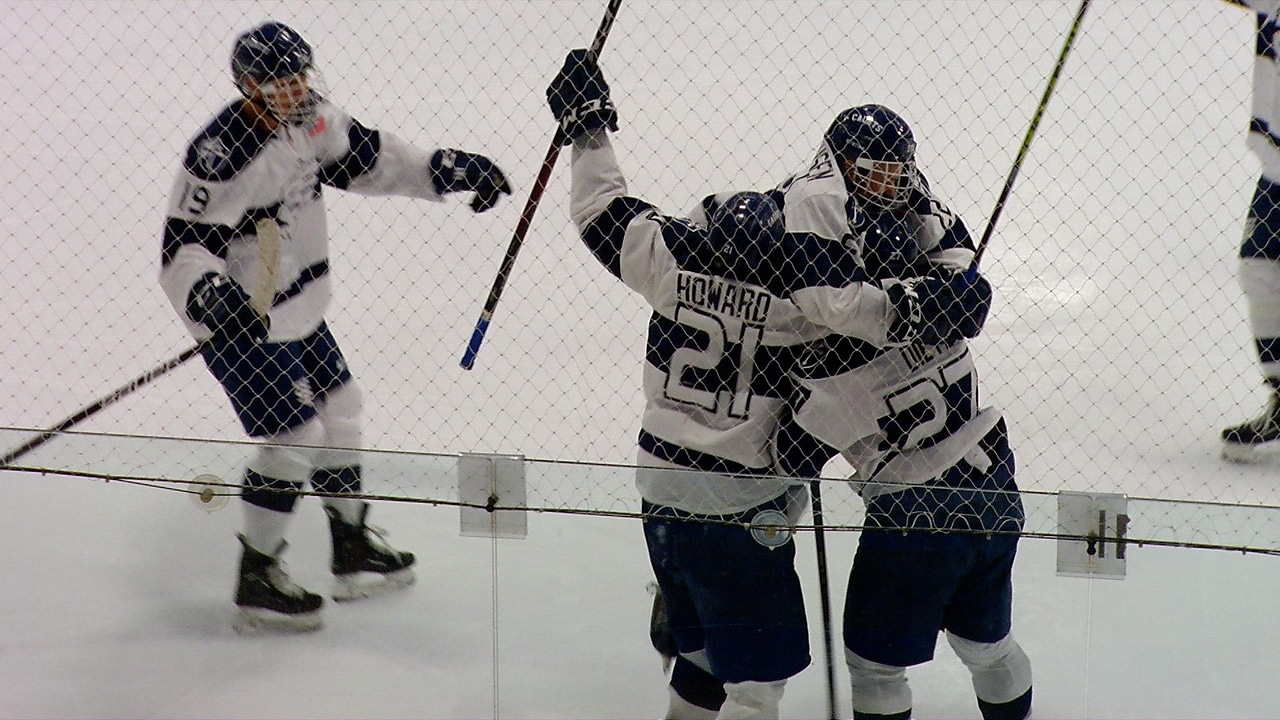 Hermantown dropped to 12-2-1 overall after the loss. The Hawks travel to Superior (WI) Tuesday night.