Wisconsin Gov. Tony Evers and U.S. Senate candidate Mandela Barnes planned to rally Monday with union members as part of a final push to get out Democratic voters, while Republican gubernatorial candidate Tim Michels and U.S. Sen. Ron Johnson continued to blanket the state on the last day of campaigning before Election Day.

Polls show both races to be about even. Each carries massive consequences in the battleground state leading into the 2024 presidential election.

“What happens in the Wisconsin Senate race can have enormous national consequences — a lot of folks are following this as possibly deciding which party is in control,” Larry Jacobs, a political expert and public affairs professor at the University of Minnesota, told 5 EYEWITNESS NEWS.

An Evers win would put him in position to continue to block the Republican-controlled Legislature, unless the GOP achieves supermajorities that could overturn Evers’ vetoes. Michels, who is backed by former President Donald Trump, has promised to sign more than 120 bills Evers vetoed, including a package that would make it more difficult to vote absentee.

A Johnson win would help Republicans as they seek to take over majority control of the Senate. Barnes, the current lieutenant governor, is seeking to become the first Black senator from Wisconsin. 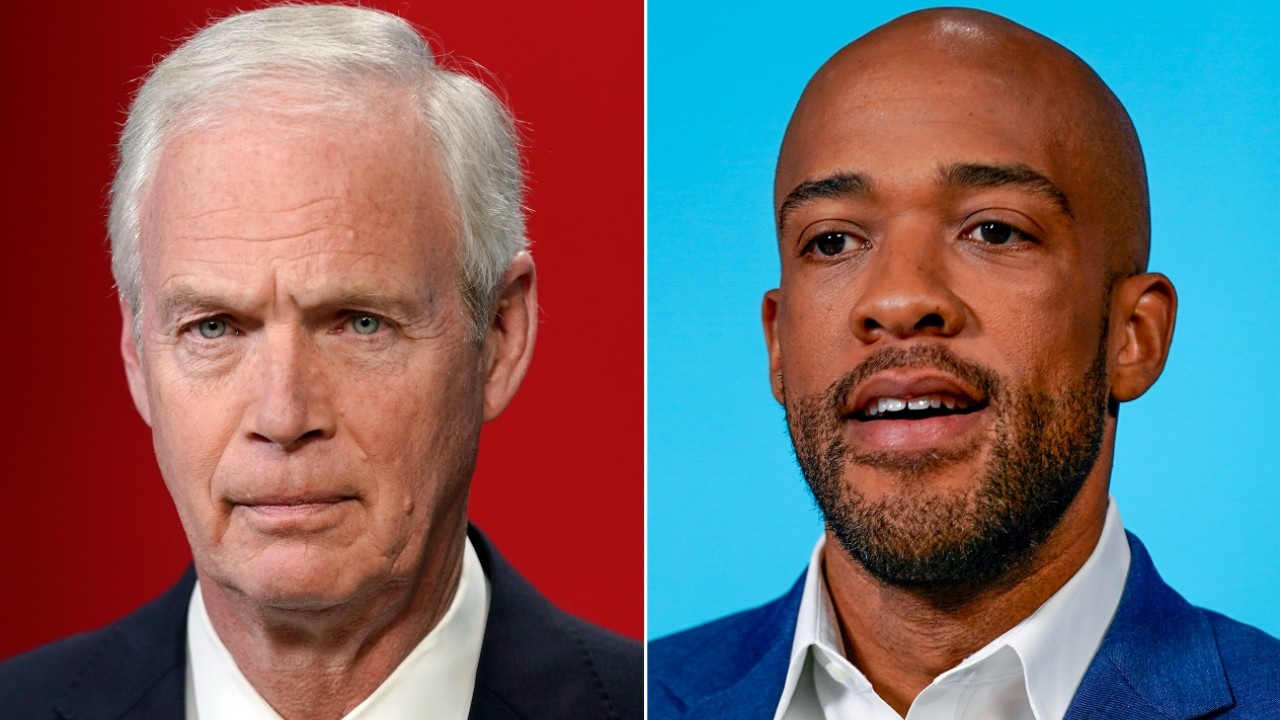 “A tremendous amount of money and big names are heading into Wisconsin to try and turnout the vote and move those small number of undecideds one way or another,” Jacobs noted.

“All of our our organizers here, all the folks who are working, are working 24/7, and they feel that pressure but they also know the importance of us earning that Senate position and getting Mandela Barnes in,” Sue Curtis, chairperson of the St. Croix County Democrats, said.

Wisconsin GOP leaders say they’ve had the most comprehensive statewide effort ever during a midterm election cycle.

“We’ve worked very hard to turn out our voters, that means more phones calls than ever before, that means more doors — we’ve been at more than a million and half doors — fueled largely by volunteers,” Mark Jefferson, executive director of the Republican Party of Wisconsin, said.

Michels was continuing a statewide tour Monday with stops taking him from the Green Bay area west to around Wausau, then to Eau Claire and La Crosse in western Wisconsin before finishing in Kenosha, in southeast Wisconsin. Michels has made Evers’ response to the sometimes violent riots in Kenosha in 2020 a major part of his argument for defeating Evers.

Evers was focusing on the Democratic strongholds of Milwaukee and Madison on the final day. He needs strong turnout there to blunt Republican voters in the suburbs and more rural parts of the state. Barnes planned stops in the Milwaukee suburb of Glendale and Green Bay before ending the day in the Madison area.

Evers, along with Barnes and other Democratic candidates, planned to hold a “Wisconsin Workers’ Rights” rally Monday afternoon at the state Capitol with the International Brotherhood of Teamsters. Teamsters President Sean O’Brien planned to be there, one of many surrogates who have been blanketing the state in recent days.

Johnson was campaigning with former U.N. Ambassador Nikki Haley on Monday, as he made stops in Stevens Point, Janesville, Waukesha and Milwaukee before ending the day in his hometown of Oshkosh.

Other surrogates who have been through the state include former President Barack Obama, Vermont Sen. Bernie Sanders, Florida Gov. Ron DeSantis and Virginia Gov. Glenn Youngkin.

Neither President Joe Biden nor Trump campaigned in Wisconsin in the general election. Polls have shown both Biden and Trump to be unpopular with voters. Biden won Wisconsin in 2020 by just over half a percentage point, while Trump carried it in 2016 by a similar margin.