A 10-year-old boy from Hudson, Wisconsin, is dead after a hotel roof collapse in Nebraska.

Authorities in York, Nebraska, report that shortly after 9 p.m. Sunday, first responders were called to the Hampton Inn for reports of a roof collapse, and found a young boy trapped in the pool area upon arrival at the scene.

5 EYEWITNESS NEWS spoke with the boy’s family, who identified him as Ben Prince.

Prince’s parents and brothers were also in the pool area when the roof collapsed, and tried to lift a roof segment off of the boy, but it was too heavy.

Rescue personnel from multiple agencies were able to evacuate the remainder of the hotel safely. 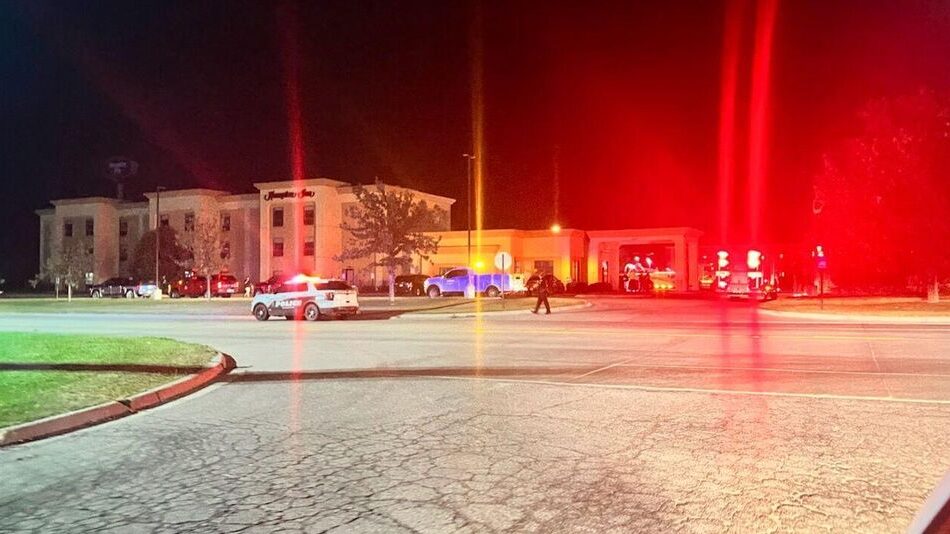 The scene of the roof collapse in York, Nebraska. Photo courtesy of the York News-Times

“Children are supposed to bury their parents, not the other way around,” Pastor Szyman said. “Life can be brief.  Reality is often cruel and painful. As we’re learning there are no guarantees and sometimes it’s brutally, brutally shortened.”

No other injuries were reported as a result of the collapse.

The incident remains under investigation, and no details on the cause are available at this time.