In a state with a projected $7.7 billion projected budget surplus, Republicans and many Democrats say there’s no reason Minnesota businesses should be subjected to tax increase. However, that’s what will happen if a bill isn’t passed that would have the state pay off a debt to the federal government and replenish the unemployment insurance trust fund.

“The interest we owe on that debt we’re accruing $50,000 in interest a day,” says Republican Sen. Eric Pratt of Prior Lake. The state ran up a debt of $1.2 billion dollars to pay out unemployment compensation to Minnesotans who lost their jobs during the pandemic. Pratt is among the authors of a bill that would repay that debt and put another $1.5 billion in the state’s trust fund for future unemployment payments.

“This is a bipartisan bill that is very close to what the governor has proposed and that’s great because we’ve been talking about it all interim and glad we could come together,” Pratt said at a State Capitol news conference flanked by legislators and business owners.

They haven’t completely come together yet. Although the Senate and DFL Governor Tim Walz are close to agreement, some leaders in the DFL-controlled House say they want to link the bill to pandemic pay bonuses for workers.

However, DFL Rep. Gene Pelowski, DFL-Winona, joined Republicans at the news conference to call for a stand-alone bill that can be approved quickly and with everyone understanding what they’re voting on. 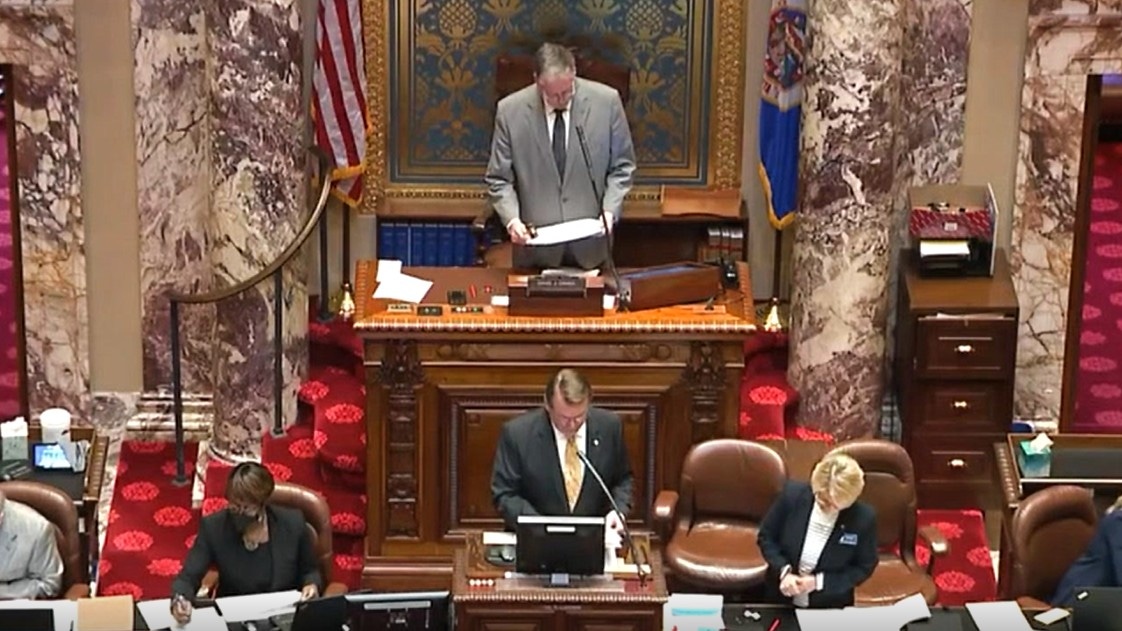 “This has to be paid back or our businesses get a tax increase,” he said. “We have not recovered from the pandemic, but we’re making huge strides.” He says letting a double-digit tax on businesses would not help.

Some business owners were also represented and described exactly how they would be impacted.

Kristin Gruhot of D & G Excavating of Marshall says her company paid $109,000 in unemployment insurance payments last year. The company faces at least a 14% percent increase this year if the trust fund bill isn’t passed. Other changes in state unemployment insurance policy could result in an additional bill of $26,159.17 for 2022.

“So yes I am here without a prepared statement just to join forces and to give you a face to the real situation,” she told reporters.

Lawmakers say the bill needs to pass by March 15 to avoid the tax increases. The $2.7 billion could all come out of the state’s surplus or a combination with remaining COVID relief funds sent to the state by the federal government.