Monday was the deadline for the Minnesota Department of Transportation to submit its plan to the federal government regarding funding for electric vehicle investments.

The state is looking to get millions of dollars in federal assistance and is eligible to receive $68 million from the national electric vehicle infrastructure formula program.

The program is funded by the Bipartisan Infrastructure Law that President Joe Biden signed in November. 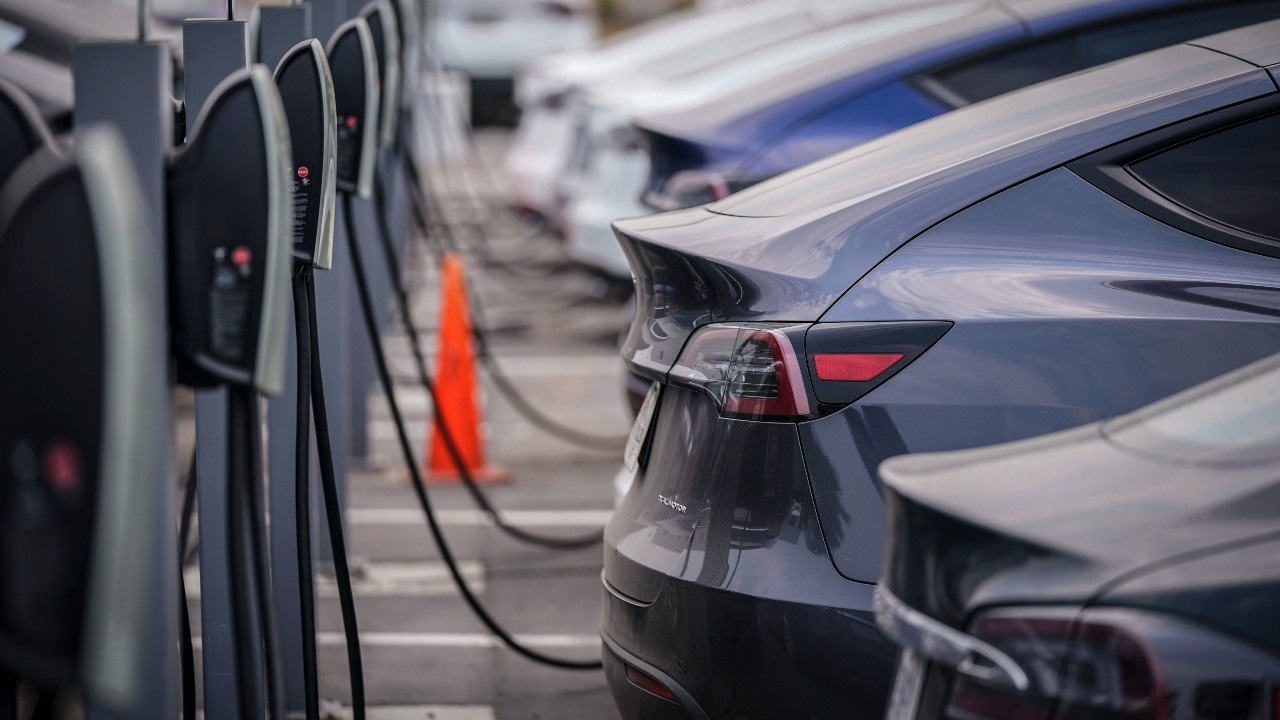 FILE - A group of Tesla cars line up at charging stations at a dealership in Littleton, Colo., Aug. 23, 2020. (AP Photo/David Zalubowski, File)

The state unveiled its plan on Monday to expand the number of fast chargers along the Interstate 94 and Interstate 35 corridors, from Fargo to St. Paul and from Duluth to Albert Lea.

“Working the corridors is probably a great place to start,” said Scott Lambert, president of the Minnesota Automobile Dealers Association. “Dealerships are investing hundreds of millions of dollars in their facilities to upgrade and get ready for the coming electric vehicle age.”

MADA provided feedback to MnDOT during its public comment period through the spring and early summer.

“Mainly it was just, ‘Push forward.’ We really need the infrastructure to push ahead,” said Lambert. “Our infrastructure in Minnesota is minimal right now and we need to do a lot better job at it if these are going to gain wider acceptance.”

According to the state’s newly released plan, there were 26,109 registered EVs in April 2022. The majority of those vehicles were registered in the Twin Cities and other urban areas. While EV registration has increased over the last five years, the vehicles still make up less than one percent of total light-duty vehicle registrations, according to MnDOT.

The state expects to spend $68 million in federal funding through this program over the next five years, along with a 20% non-federal match of $17 million. There isn’t a state match for those funds so the additional dollars will likely need to come from private companies or other jurisdictions, according to MnDOT.

Improving interstate travel is one of the goals of the expanded fast charging network in Minnesota. The two Alternative Fuel Corridors the state is focused on will connect with six AFCs in neighboring states.

“You can make it work, but you have to be really strategic with where you stop,” said Victoria Downey, an electric vehicle owner from St. Paul.

She recently traveled to Kansas City with her 2-year-old son to visit family for the Fourth of July holiday. It was her first long-distance trip since she bought her electric vehicle in December 2020.

“A Level 2 charger is what we use at home, but it takes eight hours to charge to full, so we really had to use a Level 3 charger, and there weren’t a ton of them available,” Downey said.

She explained they stopped three times on the way to Kansas City to charge the car. Each stop took about 40 minutes. On the way back, they stopped twice for about an hour and 20 minutes each.

“We just need more Level 3 charging stations, particularly along major highway corridors,” Downey said. “When we got to the station in northern Iowa that we stopped at, both stations were full both times that we charged there. If you came and you were the third car, there really was no option for you.”

Despite the time it added, Downey told 5 EYEWITNESS NEWS she’s glad they made the trip in their electric vehicle. “Honestly, I was really happy with how well the trip went,” Downey said. “It was a lot of planning, and it was a little stressful, but it worked out. It ended up being great.”