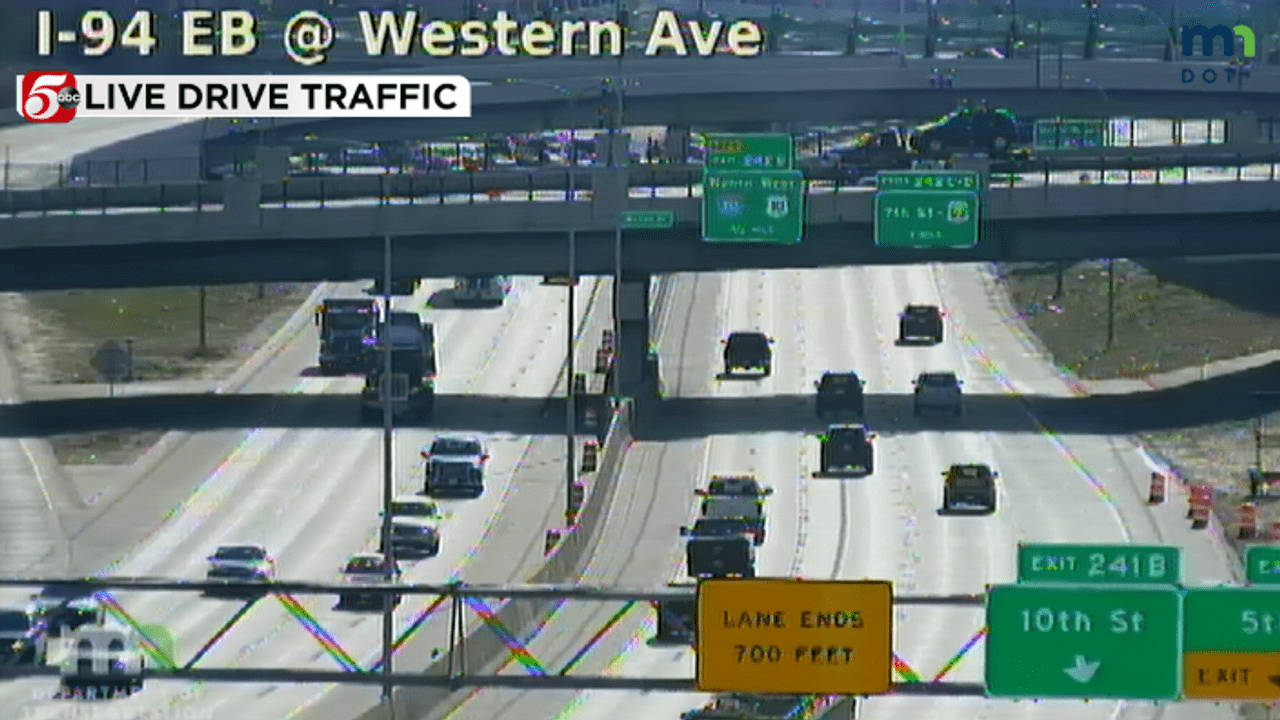 A MnDOT camera shows traffic conditions the morning of April 21, 2022. Crews will be closing ramps and lanes starting Thursday night as construction begins on the second phase of the I-94/I-35E project.

Although ramp and lane closures were scheduled to begin Wednesday evening on two major St. Paul roadways, Mother Nature had other ideas.

Instead, the Minnesota Department of Transportation (MnDOT) says those closures will now begin Thursday, and will be in place through early June.

Starting at 6 p.m., there will be a single-lane closure on westbound I-94 from Ninth Street to Western Avenue, meaning traffic will be down to two lanes in that area.

In addition, traffic will be down to a single lane from 9 p.m. Thursday to 5 a.m. Friday.

The lane and ramp closures come as the final year of the two-year project begins.

Transportation officials say this year’s construction will be done in two stages – the first will focus on repairs and resurfacing on I-94 between Marion Street and I-35E, as well as work on I-35E between I-94 and University Avenue from mid-April through mid-summer.

The second stage will involve I-94 between I-35E and Mounds Boulevard. That work will be done from mid-summer through the fall of 2022.