A St. Paul woman has been arrested and charged in connection with an incident in which police say she murdered and buried her ex-husband after initially claiming he was missing last month.

Charging documents state Karina See Her, 40, has been charged with second-degree murder in connection with 50-year-old Kou Yang’s death. She faces a maximum sentence of 40 years in prison, if convicted. Her first court appearance is scheduled for Tuesday morning.

According to the criminal complaint, at about 2:30 p.m. on July 22, a 911 caller asked police to perform a welfare check on Yang at a residence along Kennard Street in St. Paul. The person said she had not seen Yang in a few weeks, explaining she typically does a "few times a week."

Officers went to the residence and Her said she didn’t know where her ex-husband was. Her told police that Yang mentioned going to his sister’s house in Oklahoma, saying he may have left because she had threatened to get an order for protection in place against him because she was scared of him, the complaint states.

Police asked if Yang took an RV to Oklahoma, noting a June call during which authorities responded to the same residence due to a dispute between Yang and Her. Her said the RV couldn’t be kept in the driveway and was moved to her brother’s residence in Milwaukee. 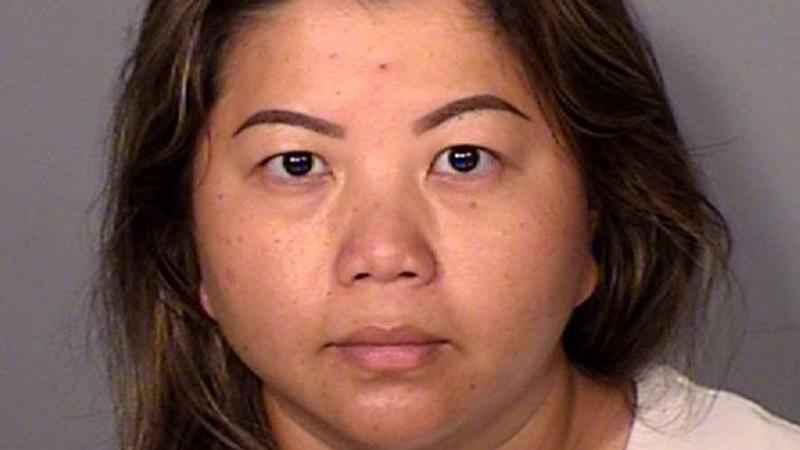 Yang’s pickup truck was left at the house. However, other possessions were gone, according to Her. She claimed he left sometime on June 30, saying she woke up and he was gone. She also told police he has left "many times in the past," and that he would get mad at her for following him. Her was then advised to make a missing person report, which she did in early July.

As police walked through the house and noticed many rooms being remodeled and fresh paint on some walls, Her explained they were fixing up the house to sell it as part of their divorce agreement. Her told police if the house wouldn’t sell it would go to foreclosure.

At about 4 p.m. that same day, Her called police to notify them her ex-husband had been missing since July 1. She stated, although they were divorced, they were still living together until they sold their house. Additionally, the couple’s divorce decree stipulated two vehicles were to be sold and proceeds divided evenly. Three other vehicles were to go to Yang. Her was to receive a sixth vehicle. Yang and Her were also to receive a "half-share" of the family home.

A little over five hours after the missing person report was made, police received a call from Her’s 17-year-old daughter who said she had not heard from Yang "for several weeks." The girl told police she had been staying at a friend’s house since June 29, and Her told her to continue staying at the friend’s house. On July 2, the girl returned home. When she asked about Yang, Her reportedly became "very angry," and unexpectedly announced they were moving to Milwaukee.

According to the complaint, the girl noticed that a security camera from the garage had been removed. She said the security cameras were controlled and operated using an application on Her’s phone.

The girl added after police left the home that afternoon, she received a text from her 12-year-old sister that read, "Mommy is suspicious."

The sibling said Her told her they were going shopping, but instead drove to the Taylor’s Falls area. Once there, Her put on rubber gloves and took a trash bag with an unknown object in it into the woods. The woman returned without the bag, and they made no other stops on the return home, the complaint states.

The 17-year-old said she believed Yang was buried in the garden, noting it was "entirely out of character" for Yang to be away from home for more than one or two days, according to the complaint. She also noted when Yang did leave, he always took his truck, which was still in the driveway. The girl explained that when she came home on July 2, a hole had been dug where plants had previously been in the backyard. A tarp or similar piece of fabric covered the hole and the girl said she did not look underneath. In the following days, Her built a shed over the hole.

The teen said she discovered her stepfather’s tools still in the house, which was considered to be out of character for Yang. She also said she believed he would say goodbye to his stepdaughters before he left.

On July 25, officers located Yang’s pickup truck parked about four blocks away from the residence. A resident told authorities an unknown person had parked it and that it had been in that location for a few weeks. Neighbors wanted it moved because it was creating traffic problems, the complaint says. Another neighbor said they had video of who they believed was Yang and Her getting into a pickup truck in the driveway on July 7 and driving away.

Another neighbor noted to police they noticed a bad smell coming from the garden a short time after July 5. They said the smell lasted "for a solid week."

After finding Yang’s work vehicle in a storage facility in White Bear Lake on July 28, police executed a search warrant at the residence the following day. A cadaver dog searched the property and indicated interest in the shed handle and door. The handler noted it showed there may be some sign of decomposition or blood present. Her was then arrested and agreed to speak with investigators. Her reiterated that she didn’t know of Yang’s whereabouts, saying she believed he was heading to Oklahoma to see his family "and use marijuana." She claimed the last time she saw him was toward the end of June.

Her went on to say she allegedly called his phone, but it went straight to voicemail. She also said she believed he took an Uber or had a friend drive him, since all vehicles were still at the house in St. Paul. An investigator stated he did not believe he left the property alive, to which Her did not disagree with, according to the complaint. When asked about the hole dug in the backyard, Her said she was "trying to repair the patio and had to remove a tree stump." When asked about the bad smell reported by neighbors, she claimed there was "a lot of pigeon poop from a coop" they had. She also claimed the "trash" she threw away in Taylor’s Falls was "a bunch of food."

After Her was informed that the cadaver dog was drawn to certain smells of a dead body in her backyard, Her attempted to divert questioning from the area, saying "there’s a hole in the basement. It’s plugged up. There be a dead body down there. The bathroom’s been remodeled."

A search warrant discovered blood spatter on a wall in the northwest bedroom of the residence. The wall was recently painted over. According to the complaint, blood spatter was also found on a window covering in the same bedroom. A carpet machine in the garage also had blood inside it. Blood was also located in the laundry room.

On July 31, the Minnesota Bureau of Criminal Apprehension (BCA) crime scene investigators discovered a human body in some type of material in the backyard of the residence. The next day, the Ramsey County Medical Examiner completed an autopsy on the body and identified it as Yang’s. The body had two bullet wounds to the back of the head. The medical examiner ruled his death a homicide.

The complaint notes that Her does not have a valid permit to carry a firearm in the state of Minnesota.