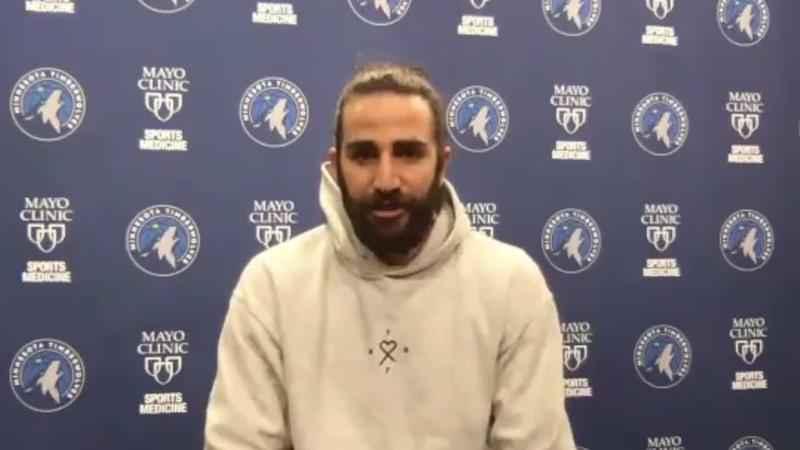 Ricky Rubio met with Twin Cities media for the first time since being re-acquired by the Minnesota Timberwolves on the night of the 2020 NBA Draft.[Zoom/Timberwolves/File]

Just hours before the 2021 NBA Draft, the Minnesota Timberwolves are moving a fan favorite.

ESPN’s Adrian Wojnarowski first reported the team is sending guard Ricky Rubio, who was brought back to Minnesota in a draft-day trade last year, to the Cleveland Cavaliers.

The Timberwolves — who don’t have a draft pick heading into Thursday night’s draft — are receiving a 2022 second-round pick, cash and forward Taurean Prince from the Cavaliers in exchange for Rubio, KSTP Sports has confirmed.