Wisconsin DNR: Keep an eye out for black bear dens

The Wisconsin Department of Natural Resources is asking folks heading out into the woods this winter to keep an eye out for black bear dens to help with a research project.

A DNR team is preparing to collect data again this winter on the state’s black bear population.

“It’s also a little bit scary no many how many times you do it, crawling in a bear den,” said Dr. Jennifer Price Tack, Wisconsin DNR large carnivore and elk research scientist, who leads the research. “When you see a bear and it’s looking at you … you’re looking at it … ‘I’m going to try and make this as painless as possible’ when you have to chemically immobilize it.”

Researchers use that process last winter when they put GPS collars on 13 female black bears.

The team will be out again this winter, also collecting data from these dens, including measuring and weighing the bear cubs, along with collecting blood, tooth and hair samples. 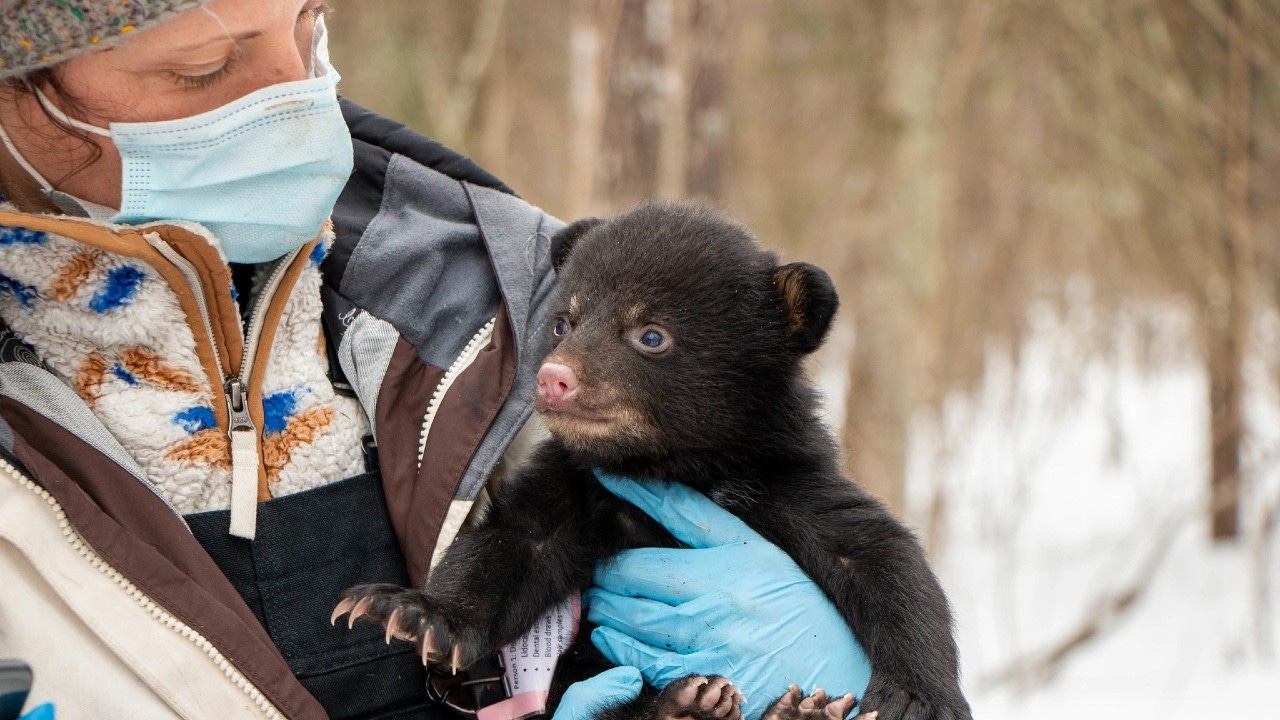 A researcher for the Wisconsin Department of Natural Resources holds a black bear cub. (Courtesy of Wisconsin DNR)

Staff wear masks and gloves when handling the bear cubs, holding them inside their jackets since the cubs cannot regulate their temperatures when vitals are taken.

The project focuses on black bear reproduction, including litter size, cub survival and how often the mother bear, or sow, has cubs.

DNR researchers are also investigating a connection between consumption of human food sources and bear reproduction in the Black Bear Litter and Diet Survey. In a news release, the DNR said diet can affect cub survival rates and litter sizes.

If you spot a black bear den in Wisconsin, you can report it to DNR researchers.