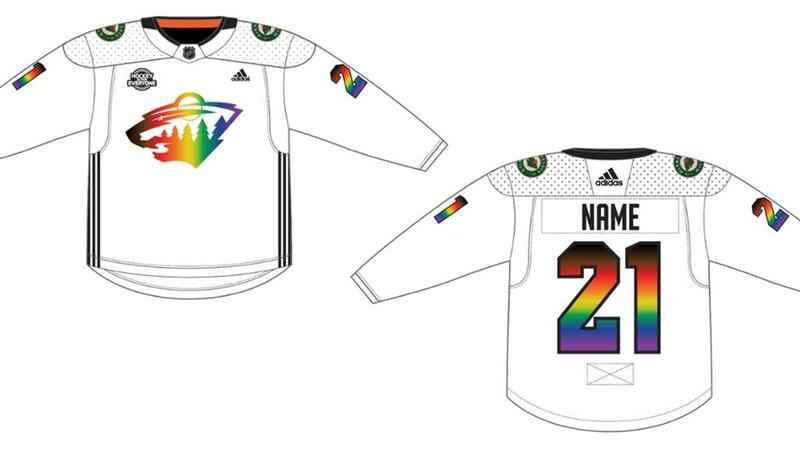 The Minnesota Wild has announced plans to host its first-ever Pride Night.

According to the organization, March 29 will be Pride Night, highlighting the LGBTQ+ community throughout the game. Minnesota said many ni-game elements will incorporate the Pride theme, and players will also wear custom Pride jerseys during warm-ups, which will then be auctioned off to benefit the Wild Foundation and Children’s Minnesota Gender Health Program.

The Wild said some merchandise is currently available at the Hockey Lodge but more will become available on March 29.