It’s a matter of pride and duty that volunteer firefighters protect and serve their communities.

But in Hamel, two fire volunteers are going more than the extra mile — crossing an ocean to help with the humanitarian efforts in Ukraine and Poland.

“Firefighting is a noble profession anyway. We’re here to help people,” declared Hamel Fire Chief Jeff Ruchti. “It’s a calling not everybody can answer — and there are difficult times over there. I can only imagine what it’s like.”

The tight-knit Hamel community is half a world away from the war in Ukraine.

Sergey Karachenets is one of the two volunteers. 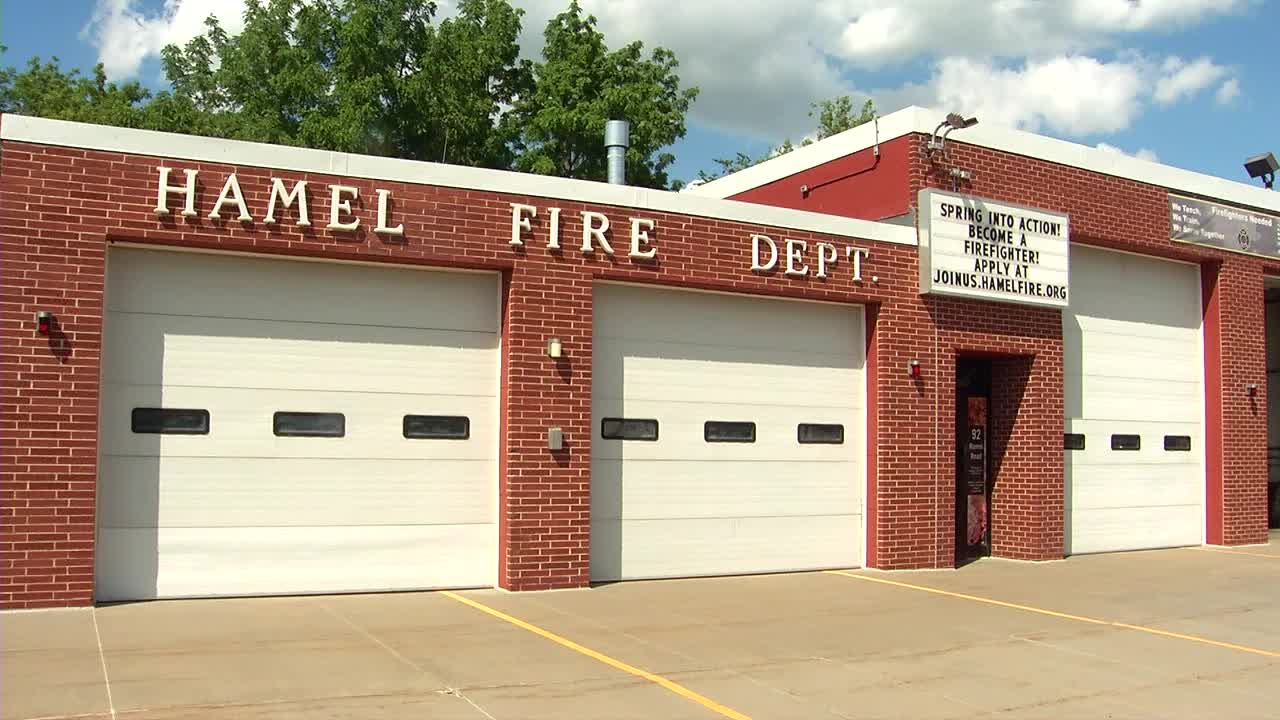 “It was kind of crazy to be there during wartime,” the 23-year-old Corcoran resident said. “One day, I pretty much went home and said, hey mom, I’m going to Ukraine, and she said, that’s a coincidence, cause I decided I’m going, too.”

Karachenets, an upcoming medical student at the University of Minnesota, flew to Poland with his mother Olga, a doctor, to try to help those in need.

“He very much had it in his heart to go back and do something for his countrymen,” Ruchti recalls.

This was no ordinary mission of mercy for the mother and son duo.

The Karachenets were on a kind of homecoming after moving to the U.S. from Ukraine in 2005.

Arriving in Poland, they jumped into action.

“We found a group, it was called the Global Disaster Relief Team, and they go to a lot of these sort of global disaster events,” Karachenets notes. “This time, they went to the Polish side, they started a free clinic. There’s a flood of refugees coming out.”

Then in April, Tim Lambrecht, another Hamel firefighter, also decided to go.

The 50-year-old works with non-profits, the chief said.

For two months so far, he’s been transporting thousands of medical supplies, like first aid kits, syringes, and tourniquets, from Poland to hospitals in Ukraine.

“It’s an emergency. That’s what I trained for,” Lambrecht explained. “It’s just that there’s a bigger fire in Ukraine than there is in town, so to speak, so that’s really what it is. I truly want to help. Right now, there’s a lot of people who need help.”

The two volunteers staggered their time.

Karachenets says he flew to Poland on March 19, his birthday, and stayed until the end of April.

He returned again for another month.

Lambrecht traveled to Poland in April and stayed for six weeks, and returned for a two-week stay. Lambrecht is still deciding on exactly when he wants to come home.

“Tim went out there, just said he had to go out there and do that,” Ruchti said. “A calling he needed to answer. It makes the community proud.”

That hometown pride is reflected in headlines in the local paper.

Ruchti said his 21-member department missed both men when they were gone but is getting by.

“Very impressive to have two people,” the chief said. “Yeah, it’s a little strain on our department, but we cover the gaps the best we can.”

“It wasn’t the Ukraine I knew,” Karachenets told 5 EYEWITNESS NEWS. “The people were the same, but there was panic, crisis. It felt very personal.”

The 23-year-old said he would be staying home for now to attend medical school.

Ruchti said he’s happy, hoping he’ll soon have his department back to full strength, but adds he’s proud that two of his men answered this long-distance call to duty.

“The heroes, these are the Ukrainian women specifically, but also the men,” he said. “The Ukrainian women are put through a lot more than we could ever bear, more than you or I could bear. I’m interested in making sure what I’m doing is effective and that I’m helping the people who need to be helped.”

The Global Disaster Relief Team is a nonprofit created by a consortium of U.S.-based medics in response to the Russian invasion of Ukraine. Find out more about the group here.