A high school student in Wayzata is inspiring other girls to get involved in science, technology, engineering and math (STEM) activities.

"I, myself, am super interested in the STEM field and so I began participating in a bunch of extracurriculars," said Liu, who competes in Science Bowl, USA Biology Olympiad and Quiz Bowl. "Participating in these, it really struck me, the lack of female participation."

She said she saw the gap on a local, state and national level.

"It was just abysmal everywhere I looked," Liu said. "Just taking a look at our school’s Science Bowl team, our school selects 15 students to go to the state competition each year. And last year, only two out of those 15 students were female, and this year actually it’s only one." 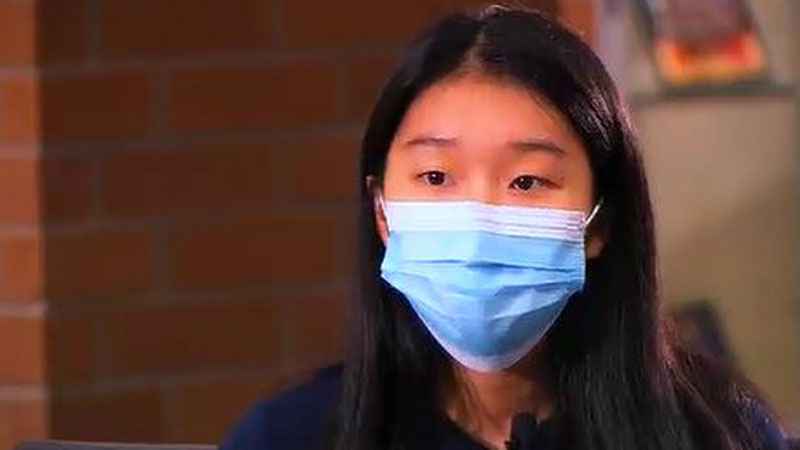 Liu noticed a problem when she tried to encourage other girls to join.

"I found the response I often got was that they didn’t feel they were smart enough, or intelligent enough to participate," she said.

The teenager decided to use her passion for math and science to change that. Last spring, she texted a few of her friends and offered to teach a human anatomy class.

"I thought, as they gain more knowledge, as you get more capable, more knowledgeable, you’ll naturally become more confident, more motivated to continue this journey," she said.

‘She Engineers’ program encourages girls to get involved in STEM

It started with eight students. Now, there are more than 150 people participating across 21 states.

"I just started it as a small thing, I didn’t really expect it to be this big but I’m sure glad that it did," she said.

SAGE offers a wide range of classes, from website development to chemistry, to astronomy and psychology. The classes are geared for middle school girls and taught by high schoolers Liu has recruited.

The classes are offered in six-week sessions, with topics changing each time.

"The teachers pick a topic they themselves are super interested and passionate about and basically they create the curriculum," she said. "We try to add a lot of new content each time so you can come back each time learning more."

Liu has also brought in female professionals who work in STEM fields to help inspire the young women, including Dr. Viktoria Averina.

"I looked at some of her lectures and I thought, man, I want to learn that!" said Averina, a principal research scientist at Boston Scientific.

Averina said she was "floored" when she learned what Liu was doing.

"Usually, you looked around and you see these problems and you think, ‘Well, someone’s got it, someone’s solving it,’ or you know, ‘there are better people solving it,’" she said. "Here’s a 16-year-old who saw a gap in her own experience and decided, ‘I’m the one who’s solving it.’"

As Averina shared her story with the class, she impressed upon the girls that there are many paths to a career in STEM fields.

"No one should say at 7 or 11 or 20 years old, [that] you are good or not good at this whole thing because that’s an impossible bar to set for yourself," she said. "Just focus on small things, small steps and look at it as each skill you learn and even if you fail at one particular skill, it doesn’t mean you fail at the whole subject."

The classes are free and the content is posted online so anyone can access it. Liu said she doesn’t want cost to be a barrier to anyone, she just wants to offer an opportunity to learn.

And she’s already seeing a difference among the girls in her program. Liu hopes this is just the beginning.

"My hope is the girls we’re teaching right now will maybe be inspired to continue this legacy as well and they, themselves, will become the teachers, teach more girls, inspire more girls, and this can just kind of be a chain of female support," Liu said. "I’d like to expand that geographically, too, all across more states in the nation."