Eberle has patrolled these waters for seven years now.

A sonar device on his patrol boat shows that although air temperature Friday were in the high seventies, the water temperature is only sixty degrees.

“It kind of shocks the body, you know, if you’re not anticipating it,” Eberle notes. “There’s a lot of different variables that can cool down the body temperature, and your body doesn’t stay warm — then you become hypothermic.” 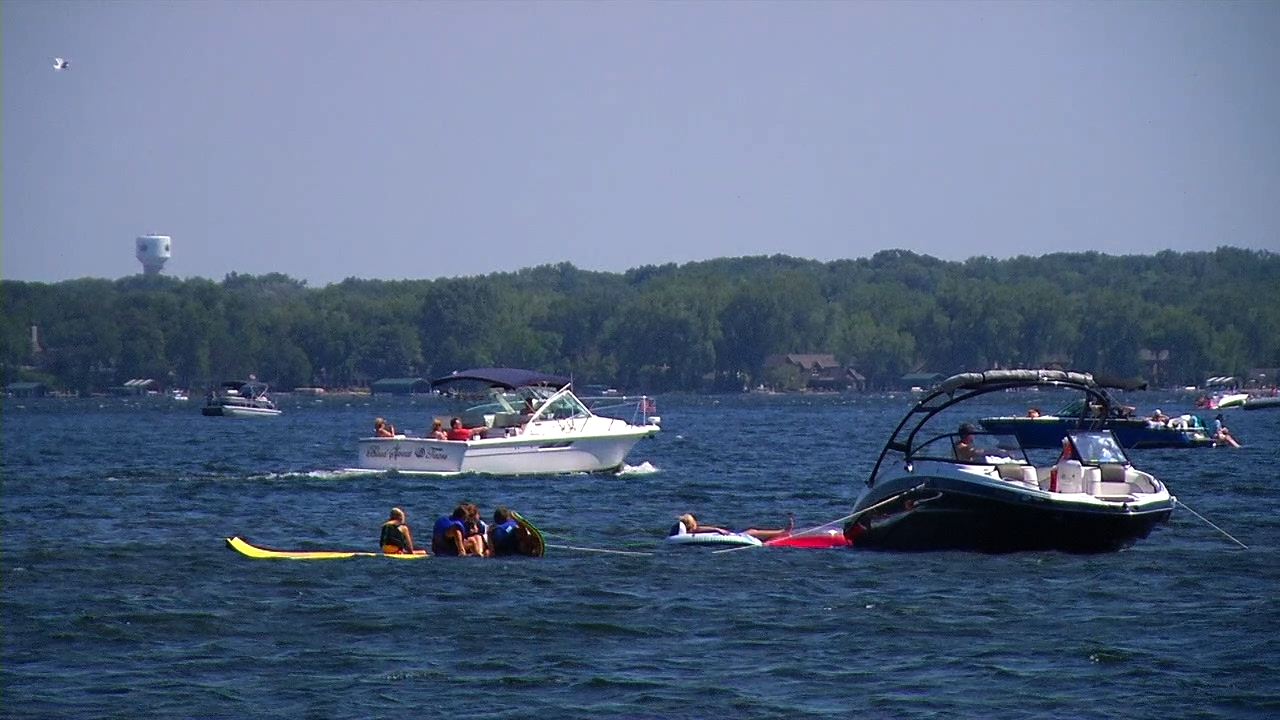 The Minnesota Department of Natural Resources says statewide, there were 18 boating fatalities in 2021, 53 non-boating drownings, and 69 non-fatal boating accidents.

The DNR says in only two of the fatal cases, the victims were wearing life jackets.

With the fishing opener starting Saturday — and more boaters taking to the water — the agency is urging caution.

“If you fall overboard you’re not going to be able to last very long in that water, and keep yourself upright and swimming, even if you’re a good swimmer,” declares Brian Nerbonne, the DNR Regional Fisheries Manager.

He urges boaters to not only have personal floatation devices available, but for everyone on board, or getting in the water, to wear one.

“Make sure that every watercraft has enough personal floatation devices,” Eberle says. “Make sure you have a buddy that’s watching when you’re out swimming.”

The lake was pretty quiet Friday — only a few boats out.

But as the weekend begins, Eberle is expecting the waters to get busy.

He says amid all these safety measures, alcohol consumption while boating is a continuing concern.

“Have a designated sober person that’s operating the boat,” Eberle advises. “We want everyone to have fun but also boat responsibly.”