There may be some good news in the fight against the coronavirus in Minnesota.

Researchers testing wastewater in the metro say new findings suggest the omicron variant may be peaking — and actually on the way down.

"For the first time in a couple of weeks, we’re seeing a decrease in the omicron," declares John Shadl, a spokesperson for Metropolitan Council Environmental Services. "This is the first glimmer it might be going down."

The giant Metro Plant in St. Paul is more than a wastewater treatment facility. 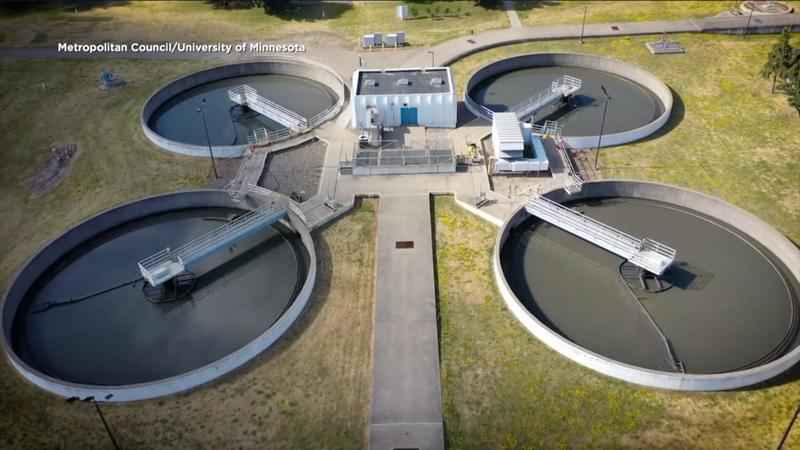 It also houses a lab where Steven Balogh, the principal research scientist in the Metropolitan Council Environmental Services Division, has been extracting viral genetic material from wastewater samples.

In the lab, tiny droplets of the genetic material are stored in vials, which are frozen to 112-degrees below zero.

The samples are then delivered to the University of Minnesota Genomics Center for identification and analysis.

According to a release by the Met Council, "Scientists measure concentrations of the SARS-CoV-2 viral material in the wastewater to assess covid-19 prevalence among the population that lives in the sewer shed, or the large part of the population that the Metro Plant serves."

"When people use the bathroom, if they have the covid disease, if they have covid-19 disease, they will shed pieces of the virus," Balogh explains. "Those pieces come into the wastewater."

A graph illustration released by the Metropolitan Council shows what scientists found: that the most recent data shows the amount of the virus in the metro area’s wastewater is coming down.

"That graph shows how much of that genetic material we can detect in the water," Shadl says. "It follows very closely the number of cases that MDH reports. When a lot of people are sick, the number of those fragments starts to increase. When you’re healthier, it decreases."

"If that number is coming down, if the amount of virus is being shed by that many people in the community is coming down, that seems to be a good sign to me," Balogh says.

He notes his findings are limited to the metro.

But others are encouraged about the progress in tracking the omicron surge.

"This one’s been peaking pretty fast and then coming down pretty quickly," says Dr. Randy Rice, the president of the Minnesota Medical Association — who also has a clinical practice in Moose Lake.

"The indications I’m hearing from statewide is that it’s hopefully leveling off," Rice says. "And the hope is next week we should be rounding the hump and heading down again."

The Metropolitan Council emphasizes its findings involve the sixty-six communities the Metro Plant serves in the area — not all of Minnesota.

But other health experts are looking at the entire state.

Mayo Clinic isn’t researching wastewater data but is crunching numbers, looking at omicron statistics in other places, and the current case counts statewide.

Their modeling shows Minnesota peaking sometime between next week through the end of the month.

Doctors say that doesn’t mean residents will be in the clear, but it does mean case numbers will start to go down.

The Met Council team says their findings are just a preliminary look — but so far, there seems to be some good news here.

"It’s just a glance," Schadl says. "We’re going to need more data in the next days or weeks to know whether this trend is true."