Walz reacts to KSTP/SurveyUSA polls, looks ahead to legislative session

In a wide-ranging interview with 5 EYEWITNESS NEWS, Gov. Tim Walz says he’s optimistic about a successful 2022 session of the Minnesota Legislature and his re-election prospects in November. He says he promises to give some of the state’s projected $7.7 billion surplus back to taxpayers in the form of direct payments or rebates.

“I think I proposed that because I listened to Minnesotans. I heard them out there and I listened to legislators say this,” Walz said in an interview recorded for “At Issue with Tom Hauser.”

“We know that the inflationary costs with some of our supply chain issues and post-pandemic costs are up,” Walz said. “Costs are up at the grocery store. Costs are up at the gas pump. Now we’ve got a cold snap. People are going to have bills that go up a little bit on their heating. And I think putting money directly in their pockets eases that.”

On the first day of the legislative session, Republican Senate Majority Leader Jeremy Miller said he prefers permanent income tax cuts, but didn’t dismiss the possibility of direct payments. However, he says they would be bigger than the $175 for single taxpayers and $350 for married couples the governor proposed. He also chided the governor for proposing the payments as “Walz Checks.”

“We might be okay with a one-time payment, but you know what? It’s gotta be a heck of a lot larger than what the governor is proposing,” Miller told reporters after the Senate’s opening day session. “And we’re not going to call it a Walz check. It is not Governor Walz’s money. It’s the people’s money. It’s the taxpayers’ money.” 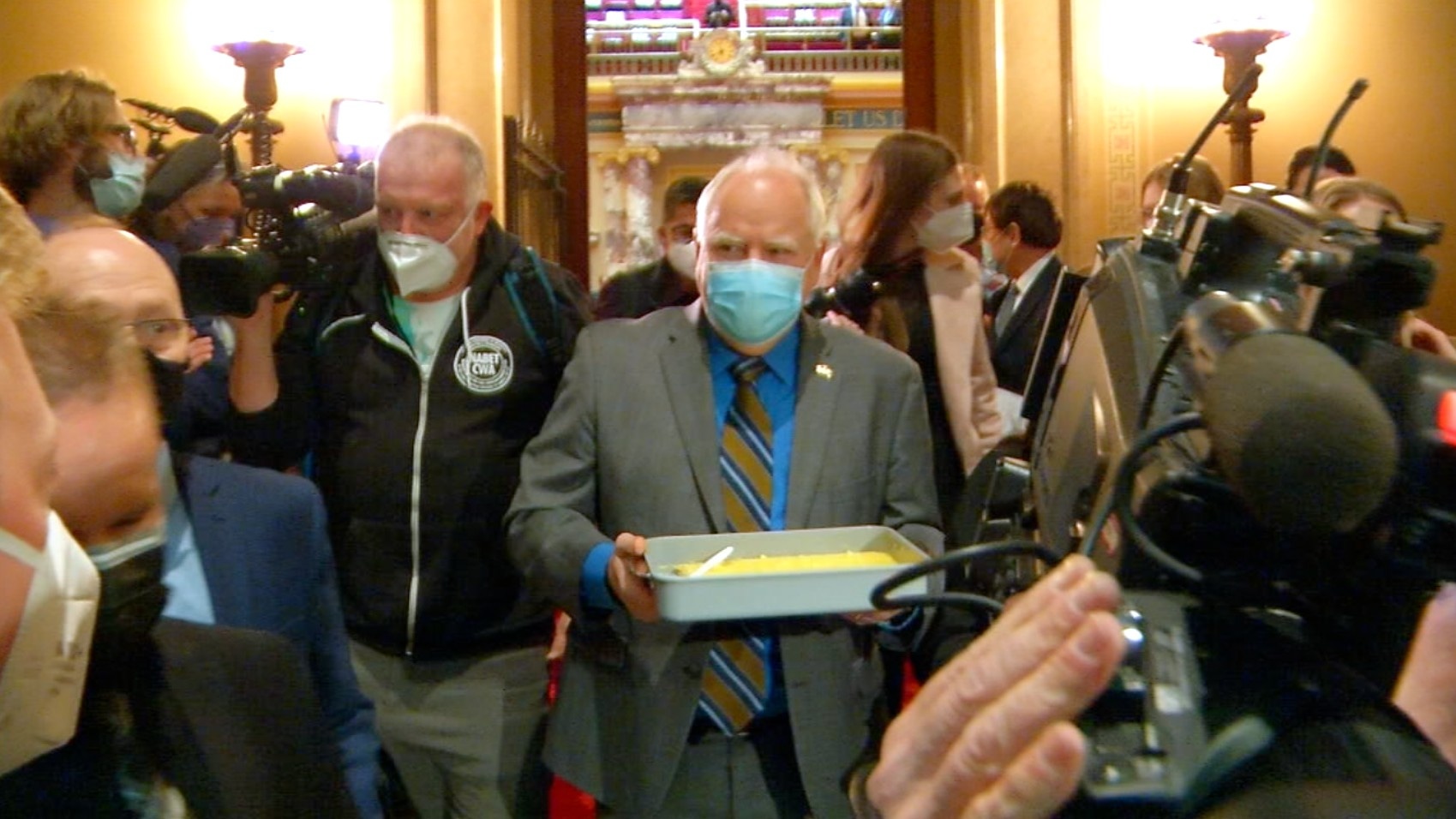 Walz says lawmakers can call them whatever they want. “I don’t really care what people call it. I just think it’s getting it back in the hands of the people. I don’t think it’s probably good when I heard folks saying you know it’s a gimmick or whatever. It’s not a gimmick to return taxpayer money.”

Walz also reacted to some of our KSTP/SurveyUSA poll results that indicated his approval rating on handling the COVID-19 pandemic is at 49%, the first time below 50% since the health crisis began.  The governor says he’s not concerned.

“No, I can only do the best I can and I believe we’ve delivered on a lot of things,” he said. “I think I’ve taken responsibility for issues we’ve addressed in an incredibly challenging time.”

Walz also says he’s not focused on the fact he doesn’t poll above the mid-40s against any of the potential Republican candidates he’ll face in November. All of the hypothetical match-ups showed Republicans making big gains compared to a similar poll in December. Former Senator Scott Jensen is within three points and Senator Paul Gazelka is five points back.