Walz and Lt. Gov. Peggy Flanagan visited an area technical college to discuss the proposals in the plan.

According to Walz’s office, the series of supplemental budget proposals includes delivering $700 million in direct payments to Minnesotans through "Walz Checks."

Walz’s office reports that due to the state’s surplus, Walz and Flanagan have proposed distributing "Walz Checks" of up to $350 for Minnesotans. 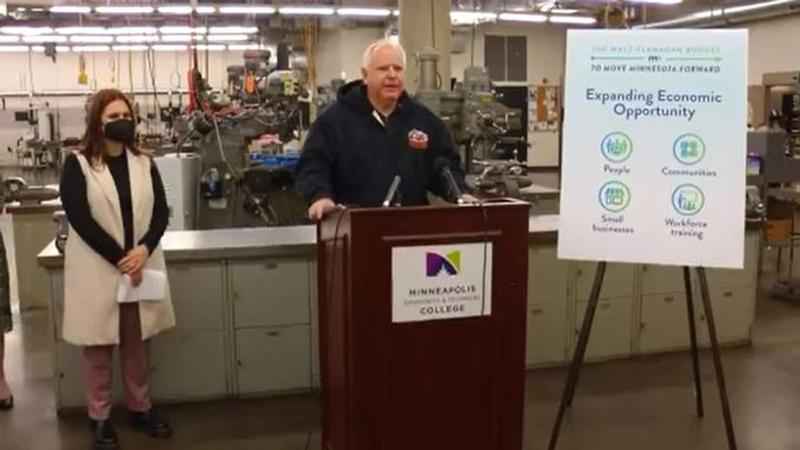 More than 2.7 million Minnesota households would receive a "Walz Check" under this proposal, Walz’s office reported.

"This plan builds our economy by putting people—our strongest asset—at the center of the blueprint," Walz said in a statement. "Right now, we have a remarkable opportunity to give money back to middle class Minnesotans, working families, and small businesses. In this budget, if you are a frontline worker with children, earning up to $70,000 per year, you will get about $2,000 back in your pocket."

Walz’s office added the package announced Thursday would be one of three packages being announced in the coming days, saying the others will aim at supporting children and families, as well as protect the health and safety of Minnesotans.