The Minnesota Vikings will be without its starting quarterback in Sunday’s pivotal game against the Green Bay Packers.

KSTP Sports’ Darren Wolfson reports that Kirk Cousins tested positive for COVID-19 and will have to miss Sunday’s game. The team later confirmed.

The #Vikings have placed QB Kirk Cousins on Reserve/COVID-19.

Additionally, Minnesota’s backup quarterback, Sean Mannion, remained on the COVID list, meaning the Vikings could’ve been down to rookie Kellen Mond or Kyle Sloter, who was just re-signed this week. Mond was on the active roster for a game for the first time last week but hasn’t ever played in a regular-season NFL game, nor has Sloter.

However, the team later activated Mannion and tackle Rashod Hill from the COVID list. Mannion is now in line to start on Sunday. In his career, Mannion has completed 60.8% of his 74 pass attempts. He’s never thrown a touchdown in the regular season and has thrown three interceptions. His last regular-season action came in 2019, where he completed 12 of 21 passes for 126 yards and two interceptions.

The #Vikings have activated T Rashod Hill and QB Sean Mannion from Reserve/COVID-19.

Cousins has completed 66.4% of his 539 pass attempts this year for 3,971 yards, 30 touchdowns and seven interceptions. 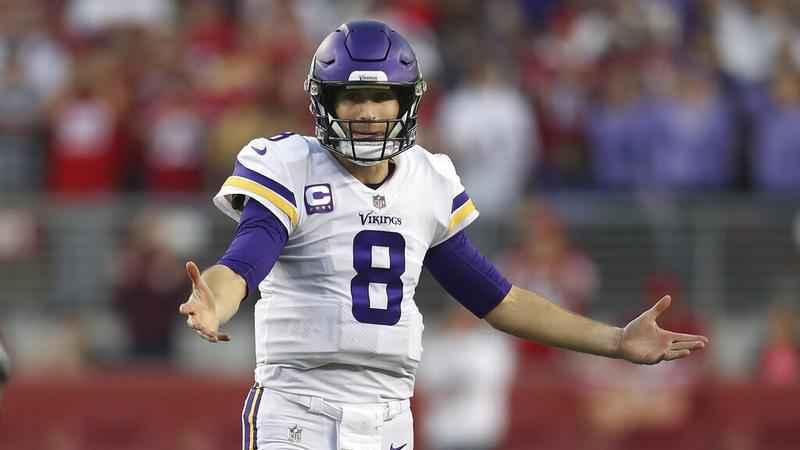 The team also confirmed Kellen Mond will be the backup quarterback for Sunday’s game.

Kellen Mond will serve as the backup QB Sunday night.

Minnesota is 7-8 going into Sunday’s game and needs wins against both Green Bay and Chicago next week to have a decent shot at making the playoffs.

The Vikings also have some injuries to be concerned about for Sunday.