Police said a man is dead Friday after, armed with a knife, he confronted officers in Robbinsdale while they attempted a felony warrant traffic stop.

The Robbinsdale Police Department said at about 10:51 a.m. Friday, officers attempted a traffic stop on a vehicle in which the registered owner had an active felony warrant out for their arrest. A short vehicle pursuit ensued and the vehicle was disabled.

Officers then were able to block the vehicle in. A white man exited the driver’s side door of the vehicle and was armed with a knife, police said. Officers made several commands for the suspect to drop the knife but he failed to do so. Officers attempted to use a Taser, however, that was unsuccessful. The suspect continued to charge officers with the knife "in an aggressive manner."

The officers discharged their firearms towards the suspect, saying they believed they were in imminent danger. Police then said they immediately attempted lifesaving measures, however, the suspect was pronounced dead at the scene. 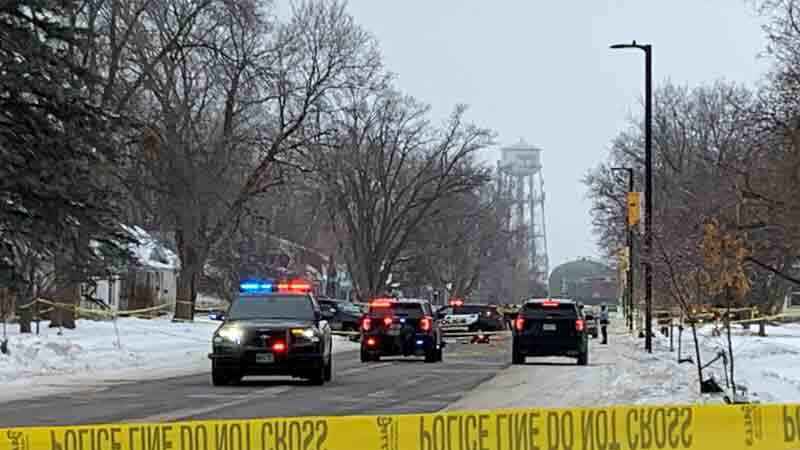 A knife was located next to the suspect.

“I was driving from downtown Robbinsdale and the cops passed me,” said Michael Neis, who lives just across the border in Golden Valley. “I saw them pull into the gas station and a guy took off in this pickup fleeing the police, and in my rearview window I saw someone spin him out into somebody’s front yard.”

Neis told us he pulled over and watched the scene unfold from a couple of blocks away.

“They had the guns drawn on the driver,” said Neis. “It looked like he was going to flee and then he just kept running around the police cars. I thought they were going to wrestle him down but then they didn’t. He ran at a cop and I guess the cop felt for his life.”

Ashton Penister, who lives down the street from the scene, told KSTP his dog alerted him that something was happening outside.

“She started barking and all I saw was them starting to block off the road,” Penister said. “It’s very unfortunate."

He told us he was home at the time of the shooting and heard a noise and that it’s typically a quiet neighborhood.

“I wasn’t initially thinking gunshots,” he said. “It’s just hard to believe something like this could happen in this kind of neighborhood.”

The Minnesota Bureau of Criminal Apprehension has been put in charge of the investigation. The identity and cause of death will be released at a later time.

The BCA said another person was in the vehicle during the incident but that person wasn’t injured. The officers at the scene were also not injured.

Body cameras were active and captured the video, and it’s unclear if squad cameras captured any of the incident. The BCA is reviewing that video as the investigation continues.

5 EYEWITNESS NEWS is at the scene of a heavy police presence in Robbinsdale.

Police are in the area of 37th and Noble avenues.

Part of the street is currently blocked off.

Police have not yet confirmed what brought them to the scene.

Witnesses state to KSTP they saw a confrontation with an individual and police. KSTP crews at the scene say they witnessed what they believe was a deceased person lying in the street.

We are the scene of an incident in Robbinsdale.