US jobless claims fall slightly to 793,000 with layoffs high 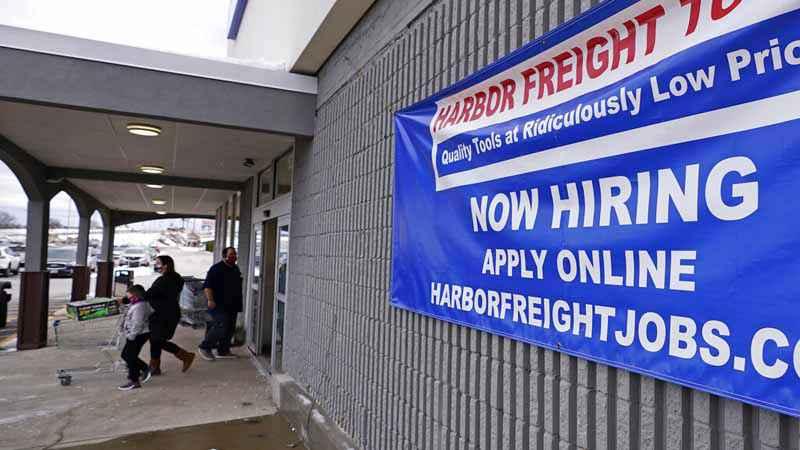 In this Dec. 10, 2020, file photo, a "Now Hiring" sign hangs on the front wall of a Harbor Freight Tools store in Manchester, N.H. The latest figures for jobless claims, issued Thursday, Jan. 14, 2021 by the Labor Department, remain at levels never seen until the virus struck.[AP Photo/Charles Krupa, File]

Last week’s total declined from 812,000 the previous week, the Labor Department said Thursday. That figure was revised higher from the previously-reported figure of 779,000. Before the virus erupted in the United States in March, weekly applications for jobless aid had never topped 700,000, even during the Great Recession.

Though the unemployment rate fell in January to 6.3% from 6.7%, that was mainly because many people who had lost jobs stopped looking for one. The government doesn’t count people as unemployed unless they’re actively seeking work.