UPDATE: Residents in Ham Lake evacuated because of a gas leak Sunday night have been allowed to return home Monday.

The incident happened just before 9 p.m. Sunday near Highway 65 and 143rd Avenue.

Authorities found a gas leak in a line and evacuated the nearby area until a utility crew could shut the gas off.

Investigators are continuing to work to determine exactly what happened. 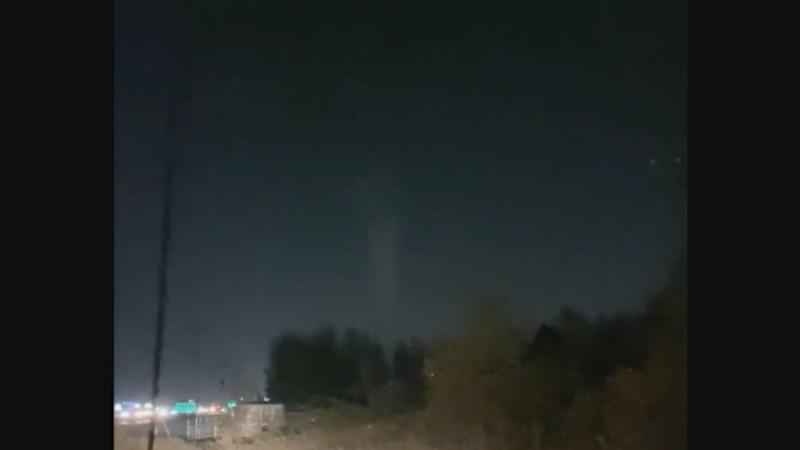 A plume of gas in Ham Lake on Nov. 7.[Candice Stendahl]

According to the Anoka County Sheriff’s Office, law enforcement responded to reports of loud hissing and rattling close to a pipeline substation around 8:47 p.m. Sunday.

Emergency personnel were able to determine a leak in a gas line.

First responders went door to door evacuating residents in a half-mile radius near Highway 65 and 143rd Avenue in Ham Lake Sunday night due to a gas leak. A short time later, utility companies arrived and the gas was shut off. Residents were told they could go back to their homes, the sheriff’s office said.

The sheriff’s office, Ham Lake fire and State Patrol all assisted with the incident, which is currently under investigation.

Emergency responders were evacuating residents in Ham Lake and utilities were responding to the substation.

The Anoka County Sheriff’s Office is responding to a gas leak near 143rd Ave and Highway 65 in Ham Lake. Utility companies are responding and effected residents are being notified to evacuate. More information will be shared on social media as it becomes available. pic.twitter.com/g3X8yF3urJ

Local authorities say the gas has been turned off and residents are able to return to their homes.

Authorities issue a press release and say the incident is under investigation.