The University of St. Thomas is about to get a little bigger.

Tuesday morning, university officials announced a $75 million gift will be used to build a hockey and basketball arena. It is also expected to be used for commencement ceremonies, speakers, career fairs and other events.

Officials say Lee and Penny Anderson’s donation toward solidifying St. Thomas as a Division I school is the largest ever made to a Minnesota university, and their $75 million will cover about 60% of the school’s $131 million fundraising goal.

However, before the new arena can be built, some of the university’s past will have to go away.

“We do need to remove, demolish three buildings,” Phil Esten, the university’s vice president and director of athletics, said. 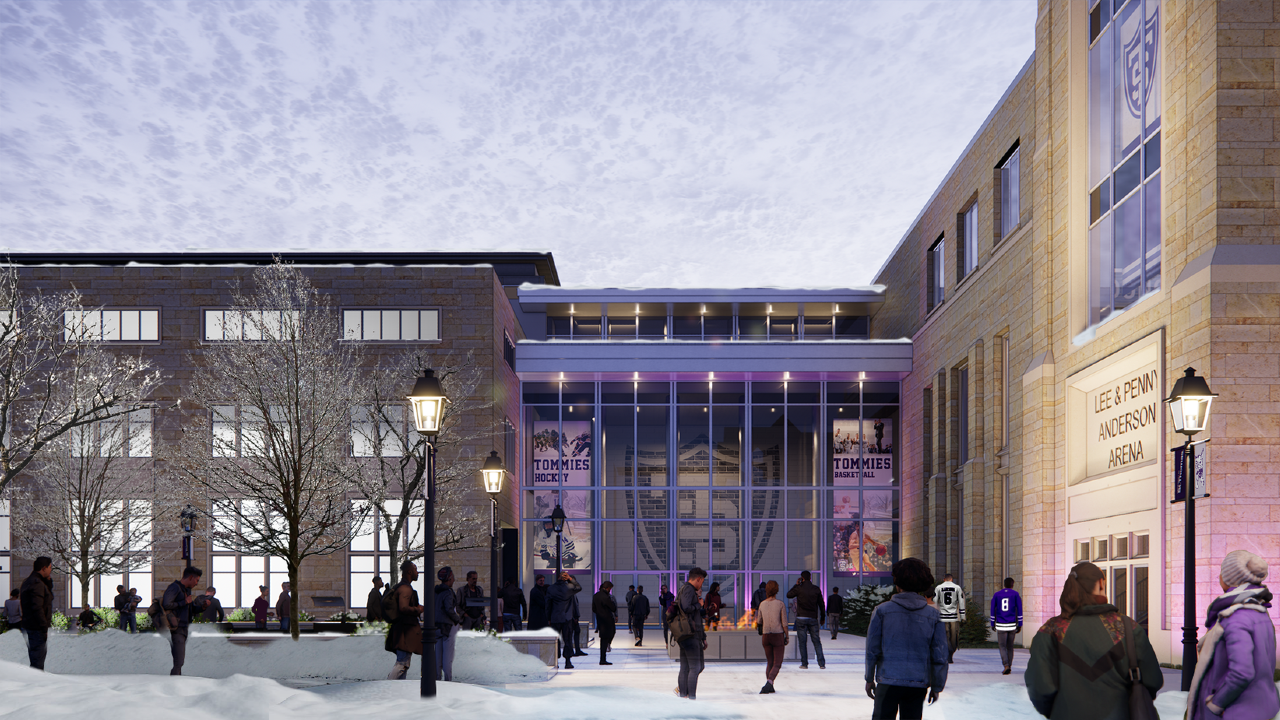 The Service Center, McCarthy Gym, and the university’s most historic on-campus student housing — Cretin Hall — will be torn down.

“All three buildings have low use right now,” Esten said.

St. Thomas President Rob Vischer added that the school has the capacity to accommodate the loss of those dorms.

“It’s one of the older dorms on campus and I think a lot of people like the idea of the newer halls that are on campus and even just because it’s off from a lot of the other ones, where everyone else is on north campus,” St. Thomas junior Kelsey Kitoski said.

Kitoski thinks the new arena is a positive for the student body. The biggest unknown with the announcement?

“It’s slightly interesting every time during football season, they’ll be lined up down Cretin on the one side you can park on and there will be a slew of random other cars throughout the neighborhood because there are no parking restrictions on the weekends,” she added.

While she and some others say they’re relatively used to the parking problem, Esten says it’s something the university is monitoring.

“We do have the Anderson Parking Facility that will be directly adjacent to the Lee and Penny Anderson Arena, which will serve as the primary parking facility, and then as you go through the process, one of the key components to that is studying parking and studying traffic and some other things that come with a facility of this of this size. So that’ll all be part of the process as it unfolds,” Esten said.

A groundbreaking for the facility — which in total costs $175 million — is expected to be done in 2024, and it may open in late 2025. The school says it plans to finance the $44 million difference between the facility’s cost and the fundraising goal, and there aren’t any plans to raise tuition to help pay for it.

The full news conference can be watched in the video player below.