A University of Minnesota psychology expert broke down the impact of a racist video that’s circulating on social media and targets a Prior Lake High School student.

5 EYEWITNESS NEWS is choosing not to show the video because it’s too offensive, containing racial slurs and telling someone to kill themselves.

"I just had this wave of emotions that all hit me kind of at one time. It was just really hard to process," Nya Sigin, the Prior Lake High School student targeted by the video, said in an interview with 5 EYEWITNESS NEWS on Wednesday.

It’s a one-minute video leaving a long-lasting impact on Sigin. She called the racist video the worst thing she ever witnessed in her life.

"This moment keeps replaying in my head," she said. 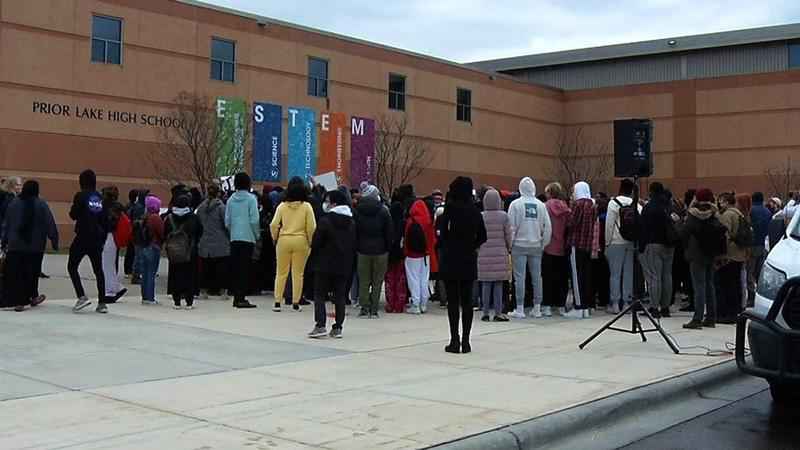 Richard Lee, a University of Minnesota psychology expert, said the video reflects the current racial climate that we live in.

"Especially in the context of everything that’s been happening over the past year and a half. It’s sad and angry and disappointing, but also traumatizing," Lee said.

He said the racist attacks in the video can emotionally become a trigger for some watching.

"These two people laughing and mocking and ridiculing an individual who’s not there you know, racializing it then wanting the person to attempt suicide," he said. "It’s unbelievable that today, we still have people in our communities who feel completely in the right to show this kind of prejudice and bias and racism, then post it on a social media site knowing it’s going to be seen by the public and to feel like they can do it without punishment without consequences."

He said this is an example of systemic issues manifesting in young children.

Lee said emerging research shows online racial discrimination has just as much of a negative impact as someone experiencing it in person.

"We can’t sweep it under the rug and say it’s an isolated incident. I think that’s what we need to do to keep the pressure on to keep things visible and push for change," Lee said.

He said the responsibility falls on families, educators and communities to start uncomfortable conversations about race relations or this incident won’t be the last.

"The burden shouldn’t be on communities of color," Lee said. "It shouldn’t be on Black families. It should be on the white families to start making change in their homes."

Prior Lake High School officials said they had counselors available this week for students who are having trouble coping with the incident.

Legal analysts told KSTP charges are possible in the case.