Dr. Michael Osterholm, a University of Minnesota infectious disease expert, warned Minnesota lawmakers Wednesday about the possibility of another ‘major surge’ in COVID-19 cases, as new variants of the virus start to spread in the United States.

"I think the darkest days of the pandemic are yet to come, and I share that because of the new variants, these new mutated viruses that are surely causing a challenge," Dr. Osterholm said during a meeting of the Minnesota House Health Finance and Policy Committee.

Dr. Osterholm is the director of the Center for Infectious Disease Research and Policy at the University of Minnesota and a nationally recognized expert. He was also selected to serve on President Joe Biden’s COVID-19 Task Force.

He said the new variants from the U.K., Brazil and South Africa have mutations that cause more transmission, and they may also be able to defeat the antibody protection in people who have already had the virus or have been vaccinated. 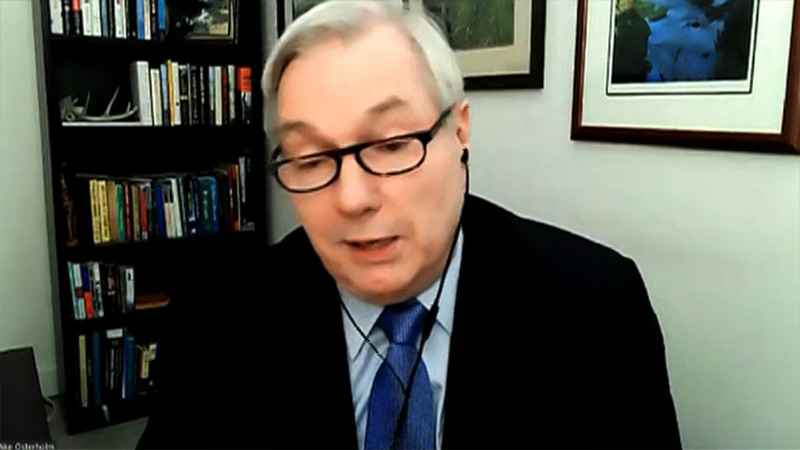 "This is a story that has all of us on bated breath. We’re trying to understand what’s going on," Dr. Osterholm said.

He said there is growing concern about the U.K. strain that is now circulating in the U.S.

"It has created great havoc throughout Europe where, in fact, the only thing that basically brought it under control was that terrible word, but a complete lockdown, closing almost everything," Dr. Osterholm said.

It’s lockdown No. 3 for England, at least 6 weeks home

He said he believes the U.S. is in the ‘early stages’ of experiencing something similar with the U.K. variant.

Dr. Osterholm told lawmakers it may be time to rethink our vaccine strategy and go with a ‘first-dose only’ approach, so more people over the age of 65 can have at least some protection right away. He said that would require delaying second doses until this summer.

He said the idea is being looked at ‘on the national level.’ He believes the strategy would help lower the baseline of infections in the U.S.

"I can tell you, we are going to have another surge and when it happens, the lower we start from, the better we’re going to be," Dr. Osterholm said.

Editor’s note: This story has been updated to remove a mention of fall and winter COVID-19 surges.