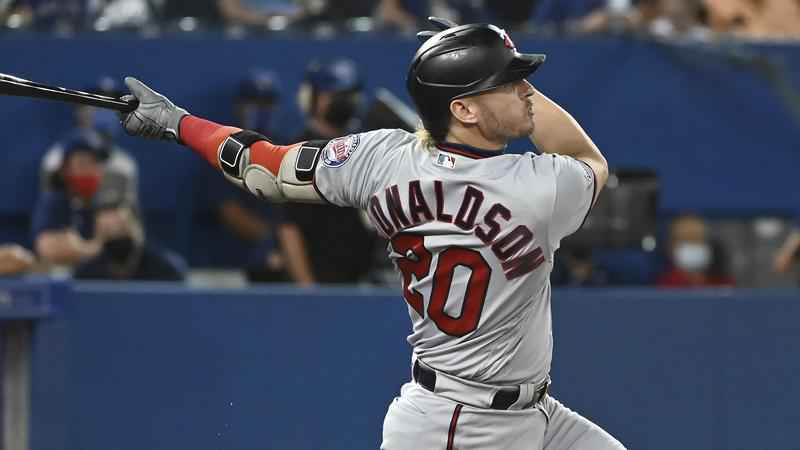 Minnesota Twins' Josh Donaldson follows through on a solo home run against the Toronto Blue Jays during the third inning.[Jon Blacker/The Canadian Press via AP]

The Minnesota Twins are making more post-lockout moves, this time unloading one of their highest-paid players.

Donaldson, a three-time All-Star and one-time American League MVP, had two years remaining on his contract with the Twins. The Twins had just acquired Kiner-Falefa in a trade with the Texas Rangers, who received catcher Mitch Garver. Rortvedt made his big-league debut with the Twins last season to fill in for Garver, who was out with a groin injury.

Sánchez, a two-time All-Star, fills the Twins’ need at catcher and brings some postseason experience, including an appearance in the 2017 American League Championship Series.

Urshela is expected to take up Donaldson’s mantel at the hot corner.