On Thursday, crews from both cities were busy cleaning up the snow, but some residents in both cities are questioning why the snow emergencies weren’t announced earlier.

“So yeah this is not fun,” said Deb Gutzman, who lives in St. Paul.

Gutzman says she couldn’t go anywhere for a while because her street wasn’t plowed.

“We haven’t had any kind of snow plows whatsoever around here,” Gutzman said. 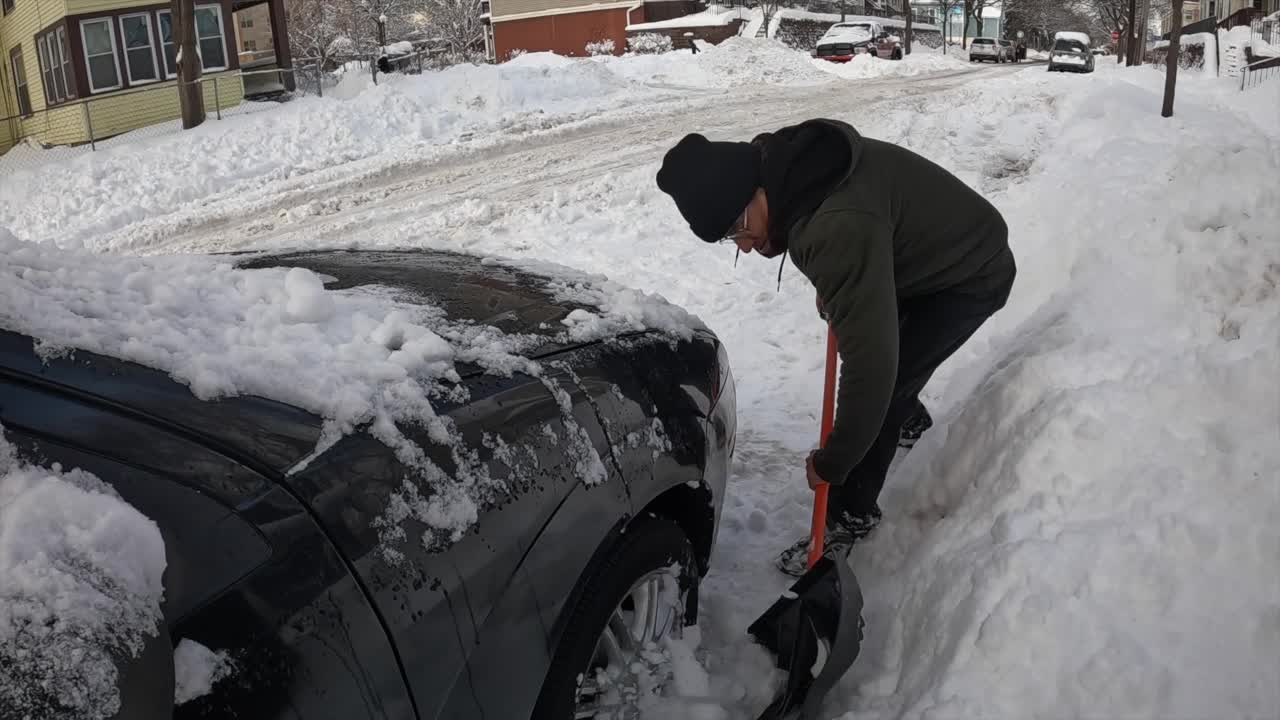 A St. Paul resident digs his car out of a snowy side street Thursday, Jan. 5, 2023. St. Paul declared a snow emergency on Wednesday, but many neighborhood streets still have yet to be plowed. (KSTP)

“It’s truly been a team effort,” said Joe Paumen, City of Minneapolis Director of Transportation, Maintenance, and Repair. “With the duration of the storm and the amount of snow we got, we think it’s going pretty well.”

But some residents are questioning why the snow emergency wasn’t declared sooner.

Both cities agree there’s a lot of strategy that goes into it.

“We know we don’t want to declare a snow emergency and have everyone move their vehicle and get 6 inches more snow on top of that,” Paumen said. “So while waiting for that right time to declare sometimes provides a challenge for our residents, we do appreciate their patience.”

“Even if we wanted to declare a snow emergency on Tuesday night, given the snowfall, given the type of snow we had, our plows would have still had to stay out on those arterial streets, and we wouldn’t have been able to get into those residential sidestreets any sooner,” Hiebert said.

Eventually, a truck did end up plowing Gutzman’s street, and she was thrilled.

“You saved the day, my heroes,” Gutzman said.

Gutzman says it’s nice to see everyone chipping in to help each other during these times.

“That’s the kind of community we have around here, we do try and help each other out,” Gutzman said.

For more information on how snow emergencies affect each city, visit Minneapolis and St. Paul’s websites.