With changes to the criminal justice system in Minnesota expected to dominate the upcoming legislative session, mental health advocates and lawmakers believe they have found a series of solutions that could help close a widening "gap" that hundreds of criminal defendants fall into every year.

"It’s a complicated weave that we’re trying to figure out," said Heather Edelson (DFL-Edina). "How do we help people and also protect public safety?"

When a person is charged with a crime in Minnesota and is found incompetent to stand trial due to a mental illness, only a small number of defendants meet the bar to be court-ordered into treatment, according to a report published in 2020 from the state court administration.

Prosecutors, defense attorneys and judges say those individuals who don’t qualify often end up sitting in jail until they are competent or they are released into the community — where they risk starting the cycle over again. 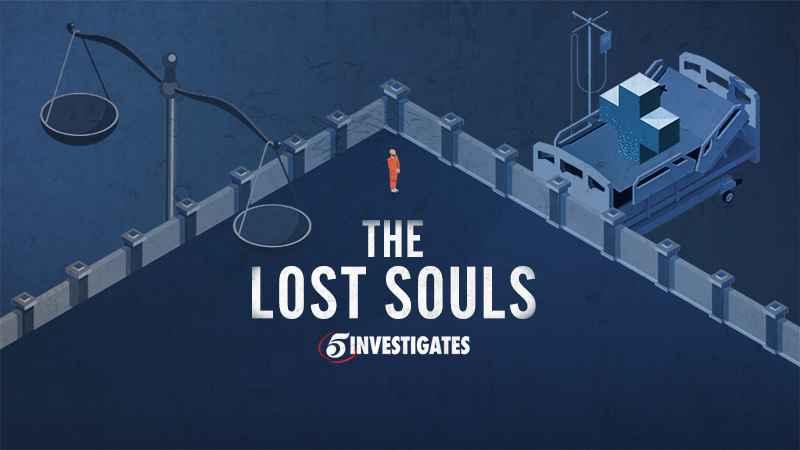 The Lost Souls: More Minnesotans are falling into criminal justice system gap than ever before.[KSTP-TV]

"It’s a lot of lost souls," Kathryn Messerich, chief judge in Minnesota’s First Judicial District, said last year. "A lot of people who are just out there and are probably going to have the same thing happen over and over and over again."

5 INVESTIGATES first reported on the gap issue last year after a shooting at a health clinic in Buffalo showed how dangerous it can be. The suspect had previously been found incompetent, but records show the case was dismissed and he went back into the community.

But individuals throughout the system — prosecutors, defense attorneys, mental health advocates and state officials — acknowledged it had been difficult to reach a consensus on how to fix the problem.

Now, Edelson and Tony Albright (R-Prior Lake) think they have the momentum and the right proposals to pass a bipartisan bill that is expected to be filed Friday morning.

The legislation tackles three main areas, according to the representatives. It gives judges the authority to order a defendant into treatment, directs community-based programs to provide competency restoration and creates a "forensic navigator" position to follow defendants through the court process, similar to a caseworker.

"We are actually making sure in a more assertive way that the person is connecting to the very services that they need to do well in the community," she said.

Abderholden served as chairperson on a task force created in 2019 by the legislature to come up with recommendations to address the growing number of individuals found incompetent in the criminal justice system.

A threat to public safety

But the gap can also create situations that result in serious threats to public safety, as 5 INVESTIGATES found last year after the deadly Allina Health Clinic shooting in Buffalo.

Police say in February of last year, Gregory Ulrich opened fire inside the clinic, killing medical assistant Lindsay Overbay and injuring four other workers. Less than a year before the deadly shooting, Ulrich was found mentally incompetent to stand trial on a misdemeanor charge for harassing workers at Allina Health Clinic. There’s no record that he was under court supervision or court-ordered into treatment after that incident.

"Why are we waiting until it gets to that point?" Abderholden said.

Edelson said without those changes, she fears the revolving door will continue to trap people like Jude O’Neill.

Arrested and charged more than a dozen times in Minnesota for low-level crimes, 5 INVESTIGATES found O’Neill’s competency came into question in nearly half of his cases.

"His disability shouldn’t have to be criminalized for him to get services he needs," Erin O’Neill, Jude’s mother, said in an interview in early 2021.

"Not every single person that is, you know, struggling in this gap case is a violent person," Edelson said. "Not only are we failing the family, by not helping, it feels like we’re failing that young man, her son."

The bill would require a significant and ongoing financial investment, Albright said.

"The easy conversations are over," he said. "Now we’re getting to the uncomfortable part."

While the bipartisan-backed bill signals progress, it’s not clear yet if all the stakeholders in the system support the bill. A representative of the Minnesota County Attorneys Association said the group is "very interested" in working with legislators to address the gap cases this session, but declined at this time to provide more details.

Edelson and Albright feel confident in the pitch they plan to make to their colleagues and both believe their bill has a chance to be signed into law in the spring.

"I think that we have a huge duty to intervene and it’s our job, that’s why we’re elected," Edelson said.

"There is no gray area any longer," Albright added. "Something has to be done. And if not now, when?"