‘The city tried to come through with their power’: Tensions in George Floyd Square after barricades removed

Minneapolis has started the process of reopening 38th and Chicago, but many people in the community said they are puzzled at the timing of the decision.

People who were at George Floyd Square on Thursday said they were shocked the city would reopen the intersection before the sentencing of former police officer Derek Chauvin and the trial for the other officers involved in Floyd’s death. Others said they don’t feel the same way.

As barricades in George Floyd Square came down on Thursday, people spoke up.

"The city tried to come through with their power, that’s why there’s no peace and prosperity behind you," said Jay Webb, a gardener at George Floyd Square. 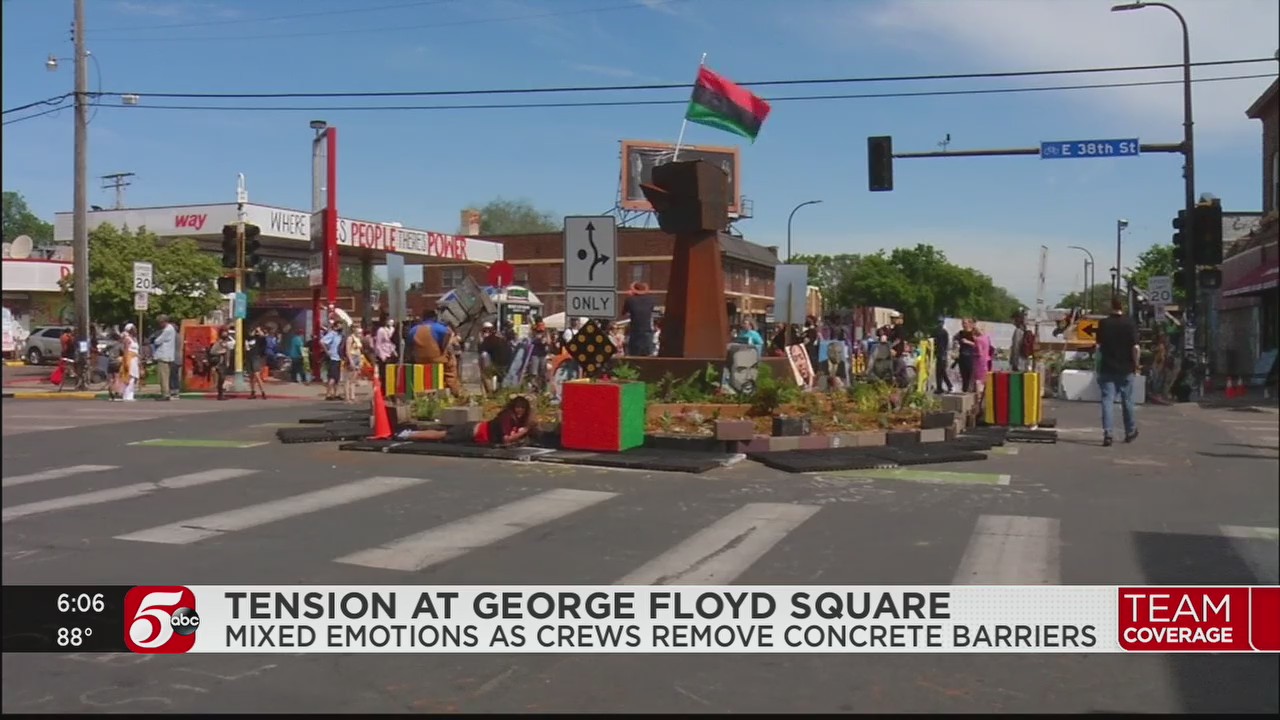 People said they are still experiencing grief, and Minneapolis clergy invited to help with healing.

"I was shocked and stunned to find out that the streets are being opened, and so I felt that I needed to be here," said the Rev. Angela Khabeb, pastor at Holy Trinity Lutheran Church in south Minneapolis.

"What surprises me is I feel like not all people’s pain was taken into consideration of the timing and how this was opened," said the Rev. Jia Starr Brown, senior pastor at First Covenant Church in Minneapolis.

The city reopened the area in the dark, early morning hours.

"It seemed kind of sneaky, and that’s a concern I have about that," Starr Brown said.

"You see the community response. It’s visible that the majority of the community is not OK with the removal of the barricades," Khabeb added.

The removal of the barricades is a move at least one resident said he supports. For fear of retaliation for his views, he did not want us to use his face or name.

He said his close relative lives right outside of George Floyd Square. He says it was beautiful to see everyone coming together for something that really mattered, but now he said it’s time for the barriers to be removed.

"People don’t understand that there are human beings that live in these houses. … There are businesses here who — these people, I mean, they can’t even come in and out, they have to struggle to come in and out," he said. " … These are real-life problems, and nobody wants to talk about it, but the only thing people care about is leaving these barricades in."

At a news conference Thursday in George Floyd Square, Jaylani Hussein, executive director of the Minnesota chapter of the Council on American Islamic Relations, said city officials have not done enough to hold police accountable.

"The trauma that was caused today is a test to all of us to see if we will demand justice," Hussein said.