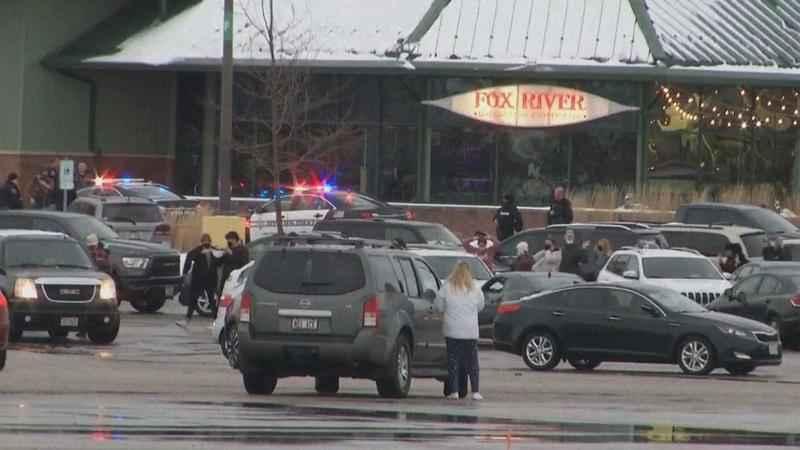 A teenager wanted in connection to the fatal shooting at a mall in eastern Wisconsin was arrested Thursday in Iowa, according to the Grand Chute Police Department.

U.S. Marshals arrested Dezman Ellis, 17, in Des Moines, days after he fatally shot Jovanni Frausto, 19, of Neenah, and wounded another person inside the Fox River Mall outside Appleton.

Outagamie County prosecutors say the shooting Sunday came after the two began arguing over a girl who was with Ellis. The shooting forced crowds of people to shelter in place inside the mall. First-degree intentional homicide and first-degree recklessly endangering safety charges were filed against Ellis on Tuesday.

It was not immediately known if Ellis had an attorney to speak on his behalf.

Ellis was with his girlfriend who used to date Frausto, according to the complaint filed against the suspect. Their friends told police that an argument began between Ellis and Frausto and that they were threatening to beat each other up, prosecutors said.

At one point, witnesses told investigators Ellis told Frausto to “back up, back up. I’ll shoot this place up. I’ll kill you,” the complaint said.

Prosecutors said Ellis pulled out a gun and shot Frausto, who was wounded in his chest, arm and back. He was pronounced dead at the hospital. A bystander, 20-year-old Colt Lemmers, was also struck by gunfire, was treated for an injury to his hip and released from the hospital.

Ellis fled the mall in a car with his group that was found the next day outside an Oshkosh home, according to authorities. It was later learned he had fled the state, prompting Grand Chute police to enlist the aid of U.S. marshals to track down the suspect.

Grand Chute is a town of about 22,000 people on the outskirts of Appleton, about 100 miles (160 kilometers) north of Milwaukee.