A tentative agreement is in place that would end the possibility of a strike for MSP maintenance workers responsible for plowing snow off of airport runways.

The Teamsters Local 320 union said they reached an agreement with the Metropolitan Airports Commission (MAC) on Saturday.

MAC representatives said it’s been a difficult past few weeks for everyone involved.

The union authorized a strike back in December, after claiming the MAC was not offering fair compensation across the board.

"This is a long time coming. We’ve spent many hours at the table together," Sami Gabriel, Teamsters Local 320 president, said. 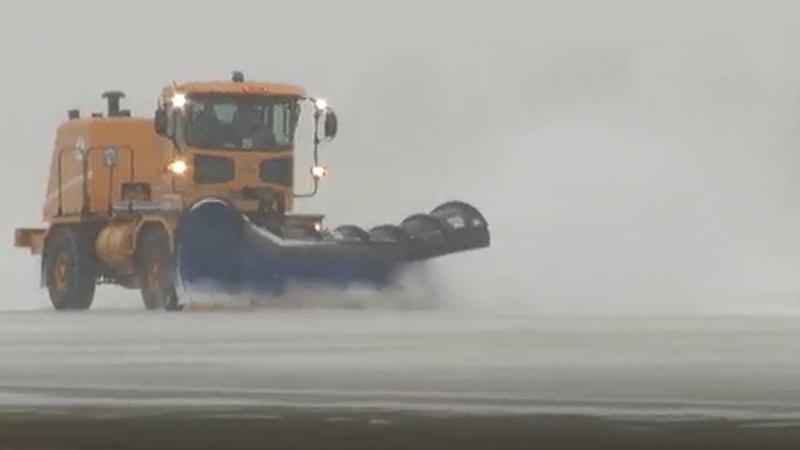 Teamsters Local 320 union and the MAC came back to the bargaining table and struck a deal.

"There will be no work stoppage. The runways are going to continue to be cleared whether it’s snow, sleet or ice," Gabriel said.

The airport maintenance workers are responsible for clearing snow off runways, streets and sidewalks at MSP airport.

The union was demanding equal pay and benefits, after claiming other MAC employees were offered higher wages and better benefits.

Gabriel said during the nearly three-hour negotiation, the MAC addressed the issues at hand and the contract reflects the demands.

The MAC Chair Rick King issued a statement regarding the negotiations:

"Labor negotiations are never easy and the past few weeks have been difficult for everyone involved, so I want to thank the Teamsters and MAC staff for their dogged pursuit of an agreement that benefits everyone involved," said Metropolitan Airports Commission Chair Rick King. "At the end of day, we all share the same goals: fair compensation for employees and unfettered operation of an airport system that creates tens of thousands of jobs and generates billions of dollars every year for the area economy."

On Wednesday, the union will take a final vote on the agreement, which has already been recommended by the committee in the union.

The president said it’s very likely the contract will be finalized.