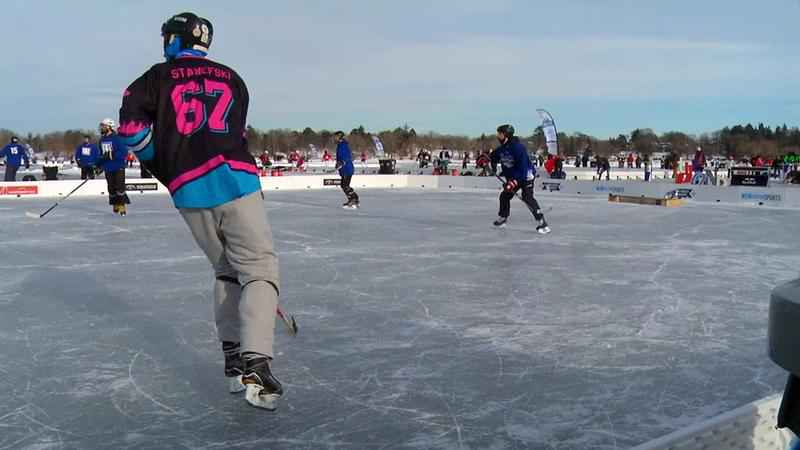 Teams from across the country laced up their skates and hit the ice in the 17th annual U.S. Pond Hockey Championship in Minneapolis Friday.

Sign-ups to compete closed earlier in January, but people can still come to watch the games.

“We’re just trying to skate hard, crush the goals and score as many as we can,” Marlon Williams, participant, said. “Firstly, I think it’s absolutely amazing coming all the way from England to play here in Minnesota.”

The U.S. Pond Hockey Championship attracts 250 teams as players take over Lake Nakomis with their skates, sticks and an extra layer of clothing.

“The cold is very hard to cope with. I’m not used to this. So my face is freezing,” Williams said.

It’s a tournament just for fun, but teams are playing to win.

The annual competition is held over two weekends. Nine divisions are open to anyone 21 and older. One night is dedicated to kids.

In pond hockey tradition, players have to shovel the ice before they can play.

Some said the cold temperatures are making it difficult to skate.

“The solid ice is pretty chippy, but for the most part, it’s skateable. You got some patches, some cracks,” Tyler Gromberg, participant, said.

Players said they’re all skating toward the same goal — a win.