Taliban allowing ‘safe passage’ from Kabul in US airlift

The Taliban have agreed to allow “safe passage” from Afghanistan for civilians struggling to join a U.S.-directed airlift from the capital, President Joe Biden’s national security adviser said Tuesday, although a timetable for completing the evacuation of Americans, Afghan allies and others has yet to be worked out with the country’s new rulers.

Jake Sullivan acknowledged reports that some civilians were encountering resistance — “being turned away or pushed back or even beaten” — as they tried to reach the Kabul international airport. But he said “very large numbers” were reaching the airport and the problem of the others was being taken up with the Taliban, whose stunningly swift takeover of the country on Sunday plunged the U.S. evacuation effort into chaos, confusion and violence.

Pentagon officials said that after interruptions on Monday, the airlift was back on track and being accelerated despite weather problems, amid regular communication with Taliban leaders. Additional U.S. troops arrived and more were on the way, with a total of more than 6,000 expected to be involved in securing the airport in coming days.

The White House said 13 flights Tuesday airlifted 1,100 U.S. citizens, permanent residents and their families from the Kabul airport, adding that the pace was expected to pick up Wednesday and through the week.

The State Department said it was sending John Bass, a former ambassador to Afghanistan, to manage the evacuation operation in Kabul, and the Pentagon said it will send Army Maj. Gen. Christopher Donohue, a special operations officer and current commander of the 82nd Airborne Division, to take command of airport security operations. 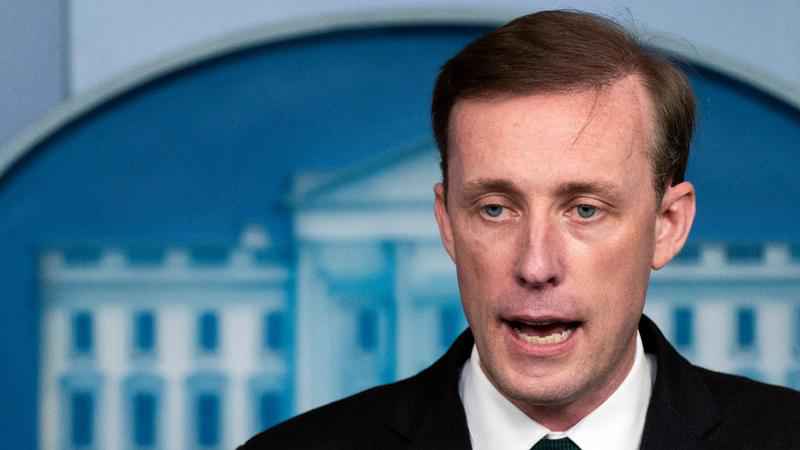 Pentagon spokesman John Kirby disclosed that U.S. officers were speaking with Taliban commanders "multiple times a day" about avoiding conflict at the airport. This suggested that the new rulers of Afghanistan, who swept to power after 20 years of war against the U.S.-supported Kabul government, plan not to disrupt the evacuation. Kirby would not discuss details of the Taliban arrangement, and Sullivan said the question of how much time the Taliban will give the evacuation was still being negotiated.

Biden has said he wants the evacuation completed by Aug. 31. Sullivan declined to say whether that deadline would hold.

Gen. Frank McKenzie, head of U.S. Central Command and overall commander of U.S. troops in Kabul, made an unannounced visit to the Afghan capital Tuesday. In a written statement, he said he found that military air traffic controllers and ground handlers were “rapidly scaling up” airlift operations.

“I cautioned them against interference in our evacuation, and made it clear to them that any attack would be met with overwhelming force in the defense of our forces,” McKenzie said. “The protection of U.S. civilians and our partners is my highest priority and we will take all necessary action to ensure a safe and efficient withdrawal.”

At the White House, Sullivan said U.S. officials were engaged in an “hour by hour” process of holding the Taliban to their commitment to allow safe passage for civilians wishing to leave the country. Asked whether the Biden administration recognizes the Taliban as the legitimate rulers of Afghanistan, Sullivan said it was too soon to say and that the Taliban’s record of adhering to international human rights standards “has not been good.”

Overnight at the airport, nine Air Force C-17 transport planes arrived with equipment and about 1,000 troops, and seven C-17s took off with 700-800 civilian evacuees, including 165 Americans, Army Maj. Gen. William Taylor told a Pentagon news conference. The total included Afghans who have applied for Special Immigrant Visas and third-country nationals, he said.

The goal is to ramp up to one evacuation flight per hour by Wednesday, with 5,000 to 9,000 evacuees leaving per day, Taylor and Kirby said. Taylor said that more than 4,000 U.S. troops are now at the airport. That number is expected to top 6,000 in coming days — more than twice as many as in all of Afghanistan when Biden announced in April he would be ending the U.S. war and pulling out all troops.

On Monday the airlift had been temporarily suspended when Afghans desperate to escape the country breeched security and rushed onto the tarmac. Seven people died in several incidents. The Air Force said Tuesday that its Office of Special Investigations is investigating an incident Monday in which a C-17 transport plane taking off from Kabul airport was swarmed by desperate Afghan civilians, some of whom died. The Air Force said human remains were found in the plane’s wheel well when it landed in Qatar.

Kirby said U.S. commanders at the airport are in direct communication with Taliban commanders outside to avoid security incidents.

He said there have been no hostile actions by the Taliban, and that several hundred members of the now-defeated Afghan army were at the airport assisting in the evacuation.

Kirby said during television interviews that plans were being made to house up to 22,000 evacuated Afghans and their families at three U.S. Army installations in the continental United States. Those locations are Camp McCoy, Wisconsin; Fort Bliss, Texas, and Fort Lee, Virginia.

Biden returned to the White House Tuesday night from the Camp David presidential retreat. On Monday, he had rejected blame for chaotic scenes of Afghans clinging to U.S. military planes in Kabul in a desperate bid to flee their home country after the Taliban’s easy victory over an Afghan military that America and NATO allies had spent two decades trying to build.

Biden called the anguish of trapped Afghan civilians “gut-wrenching” and conceded the Taliban had achieved a much faster takeover of the country than his administration had expected. The U.S. rushed in troops to protect its own evacuating diplomats and others at the Kabul airport.

But the president expressed no second thoughts about his decision to stick by the U.S. commitment, formulated during the Trump administration, to end America’s longest war, no matter what.