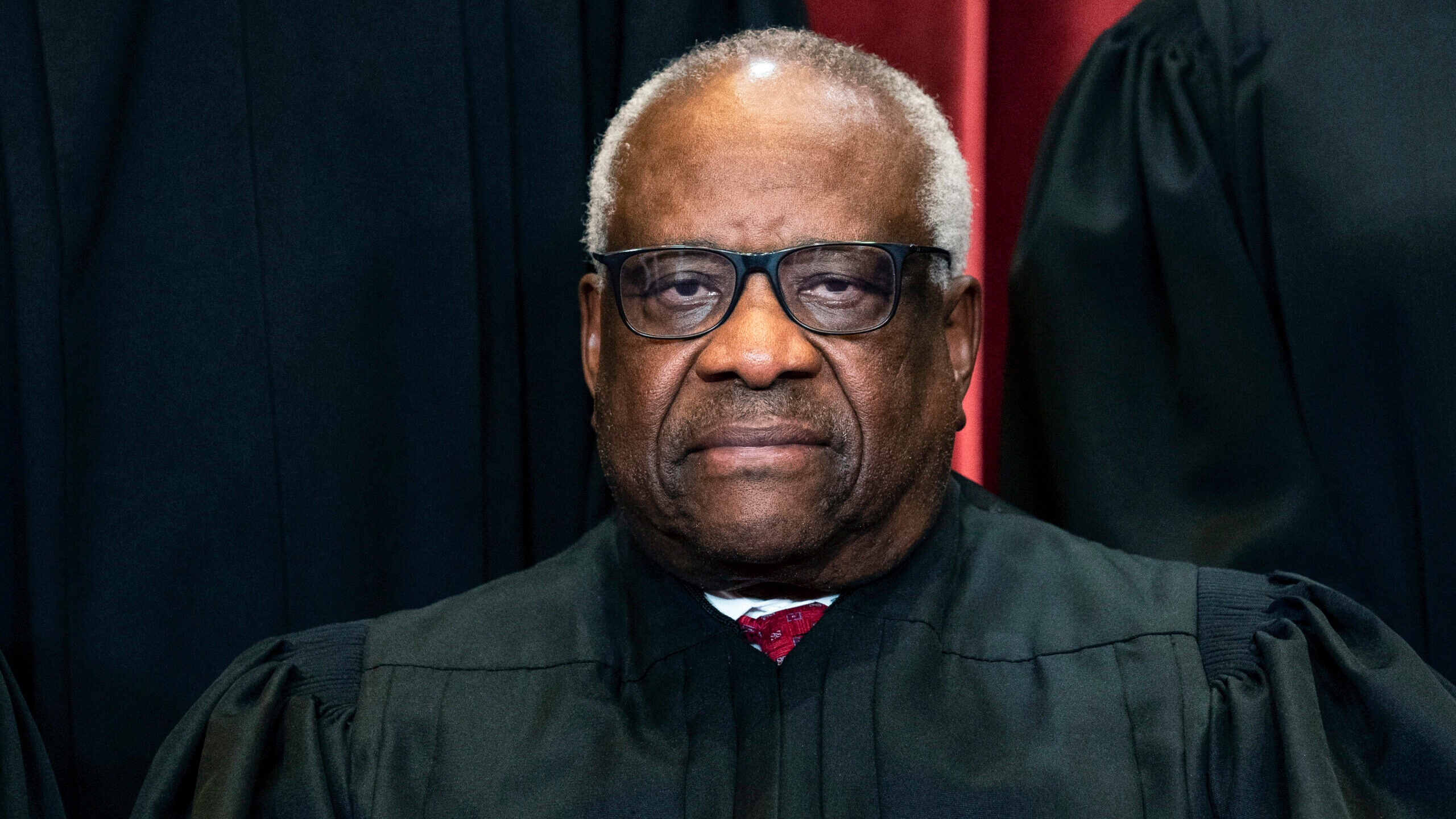 FILE - Justice Clarence Thomas sits during a group photo at the Supreme Court in Washington, on Friday, April 23, 2021. Thomas has been hospitalized because of an infection, the Supreme Court said Sunday, March 20, 2022. Thomas, 73, has been at Sibley Memorial Hospital in Washington, D.C., since Friday, March 18 after experiencing “flu-like symptoms,” the court said in a statement. (Erin Schaff/The New York Times via AP, Pool, File)

Justice Clarence Thomas was discharged from the hospital Friday after a stay of nearly a week, the Supreme Court said.

Thomas, 73, had entered the hospital last Friday evening after experiencing “flu-like symptoms.” He was treated for an infection with intravenous antibiotics, the court said Sunday in announcing his hospitalization. He had been expected to be released from the hospital Monday or Tuesday.

The court did not say why he remained in the hospital longer than initially thought or what kind of infection he was treated for.

Thomas did not have COVID-19, the court said. He has been vaccinated and boosted, like the rest of the court.

The justice missed arguments at the high court on Monday, Tuesday and Wednesday, but Chief Justice John Roberts said he would participate in the cases using briefs the parties filed and the transcript of the arguments.

Thomas, a conservative and appointee of former President George H.W. Bush, has been on the court since 1991.