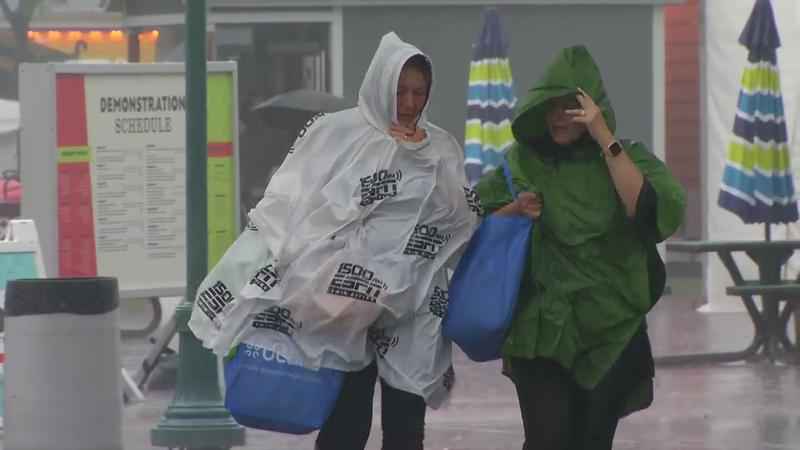 Strong thunderstorms with gusting winds are moving through the state Thursday afternoon.

Meteorologist Jonathan Yuhas reports those storms, which moved into the Twin Cities around 2 p.m., were expected to create difficult driving conditions.

In addition to strong winds, Yuhas said the storms were producing heavy rain, with the possibility of hail. Spot flooding is also a concern, Yuhas said.

Yuhas said rainfall totals between 1 and 3 inches are expected as a result of storms Thursday into Friday, with some isolated areas seeing 4 inches or more.

The National Weather Service has issued a severe thunderstorm warning.

Heads Up Twin Cities – Severe Tstorms now (12pm) 100 miles west of Twin Cities has had history of producing 50 to 75 mph Wind Gusts on leading edge of these T-Storms. If T-Storms hold strength they will be in https://t.co/cZ4sts4ne6 areas 1pm and Twin Cities about 2pm. @KSTP pic.twitter.com/UCBumMaXZ1

Due to expected severe weather, guests are advised to seek shelter. See a map for Severe Weather Shelters: https://t.co/kbhweeo66S

The State Fair parade is canceled due to severe weather. Fair activities, including entertainment, have been paused.

Rides are being shut down as severe weather moves through the area. Fair guests should seek shelter immediately. See a map for Severe Weather Shelters: https://t.co/vRDQpFwacf

Track weather you are via the KSTP weather page