Simone Biles came to Tokyo as the star of the U.S. Olympic team and perhaps the games themselves. She convinced herself she was prepared for the pressure. That she was ready for the spotlight.

But as the women’s gymnastics team final approached on Tuesday night, something felt off for the American star. So rather than push through the doubts that crept into her head as she’s done so many times before, she decided enough was enough.

Biles withdrew from the competition following one rotation, a stunning decision that opened the door for the team Russian Olympic Committee to surge to gold. Her American teammates held on for silver after the 24-year-old realized following a shaky vault that she wasn’t in the right headspace to compete.

"I didn’t want to go into any of the other events second-guessing myself," Biles said. "So, I thought it would be better if I took a step back and let these girls go out there and do their job."

Biles spent the final three rotations serving as a head cheerleader while Grace McCallum, Sunisa Lee and Jordan Chiles carried on without her. The U.S. drew within eight-tenths of a point through three rotations. ROC, however, never wavered on the floor and erupted when 21-year-old Angelina Melnikova’s score assured them of the top spot on the podium. 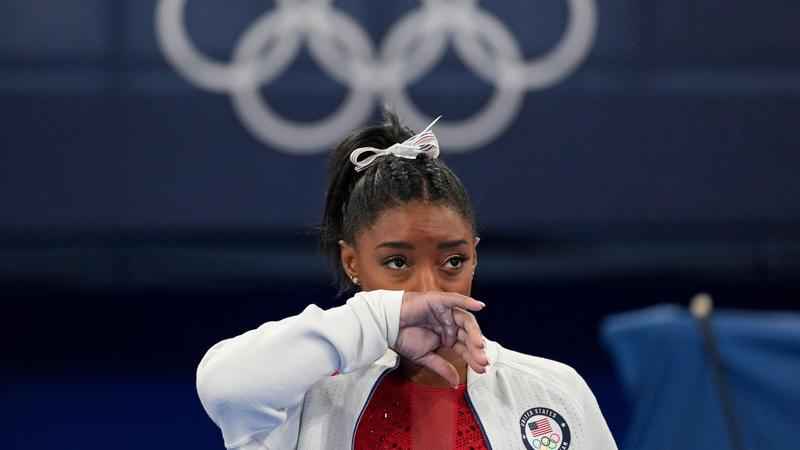 The victory came a day after ROC men’s team edged Japan for the top spot in the men’s gymnastics final.

"I think this is a monumental day."

That’s how Johnny Tauer, a psychology professor at the University of St. Thomas, describes Biles’ decision to focus on mental health over a medal.

"A couple minutes of a performance, and that’s how someone might be defined the rest of their lives. We know from a lot of research that when human beings feel defined by something that is really specific, that can be stressful," Tauer said.

The professor talked to young athletes Tuesday at a camp he runs at St. Thomas, where he’s also the men’s basketball coach, saying that sports are more than about winning.

"Oftentimes, it’s easy to say someone who has a torn ACL, they shouldn’t compete," Tauer said. "This is a day that highlights if mental health isn’t in the right spot, it’s difficult to compete and thinking about ways to provide resources."