St. Paul’s ‘Walk of Honor’ helping remind people why we celebrate the 4th

On the Fourth of July, while driving south on Lexington Parkway in St. Paul, just before West 7th Street, it was hard to miss them – all 246.

Lined up on both sides of the west sidewalk, 246 American Flags are planted in the ground, representing the 246 years the United States of America has been a country.

The person who placed the flags, Paul Langenfeld, said it’s also about honoring those who gave us the ability to appreciate the flag and celebrate on the Fourth of July.

He calls it the ‘Walk of Honor.’ 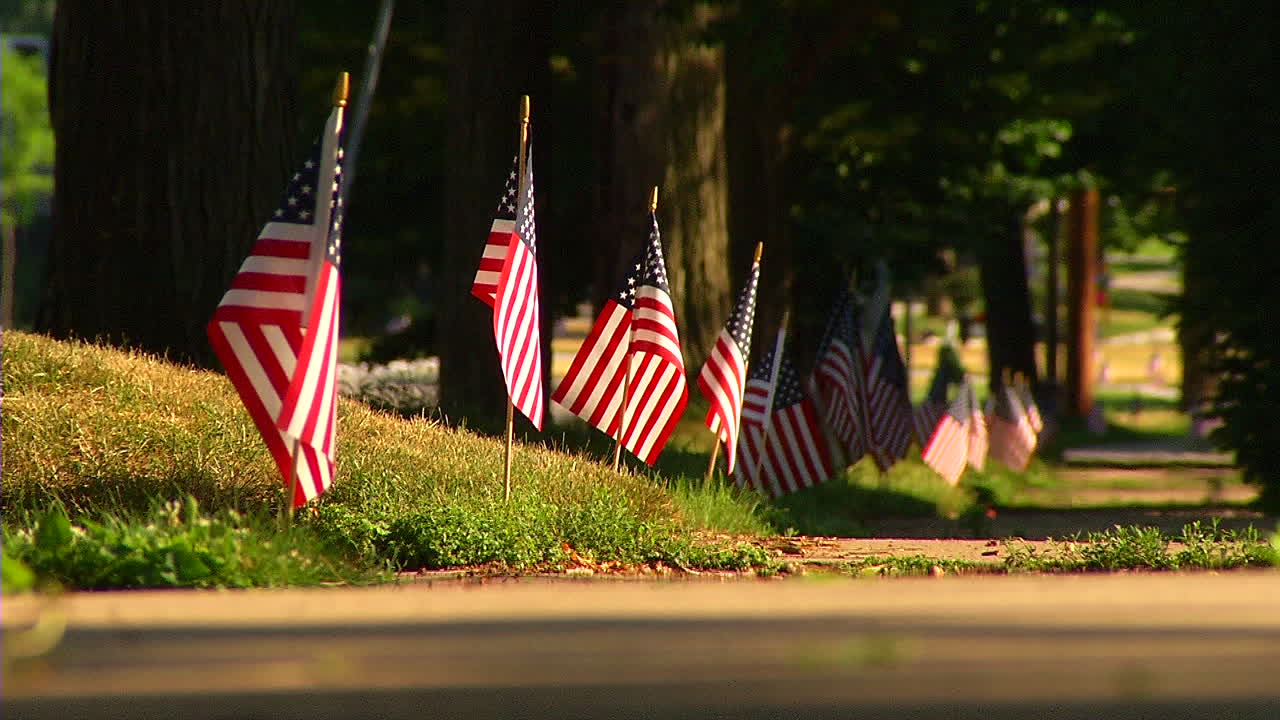 “As people walk through here, I want them to feel the honor that our veterans have brought to our country,” Langenfeld added.

Before planting the flags, Langenfeld held that honor closely as his father, Anthony Langenfeld, served in the Army.

“My father was a World War II veteran, grew up on the farm down in Hampton, Minnesota [and was] drafted and served in the Philippines,” Langenfeld said proudly, adding about his father: “he knew that he was part of something a greater good.”

Langenfeld says many have strolled through slowly, and others have driven by with a honk of their horn.

Roy and Dorothy Satre took their walk on Fourth of July past it, learning more about it as they conversed with neighbors along the way.

“It was really fun to find out the number [of flags] and what the number represents,” Dorothy said.

“It’s just a great emphasis for the country,” Roy added.

The walk is about ¾ of a mile long and will remain through Tuesday evening.