Food banks like St. Paul’s House of Refuge Outreach are struggling to continue serving their communities in the months after losing vital resources due to a federal investigation.

The MDE’s decision, prompted by an FBI investigation into alleged fraud involving a federal food program, meant food banks would go without money they needed to continue operations.

House of Refuge Outreach owner Sharon Ross told 5 EYEWITNESS NEWS her organization is owed more than $2 million in reimbursements and was forced to end its meals program for school-aged children. 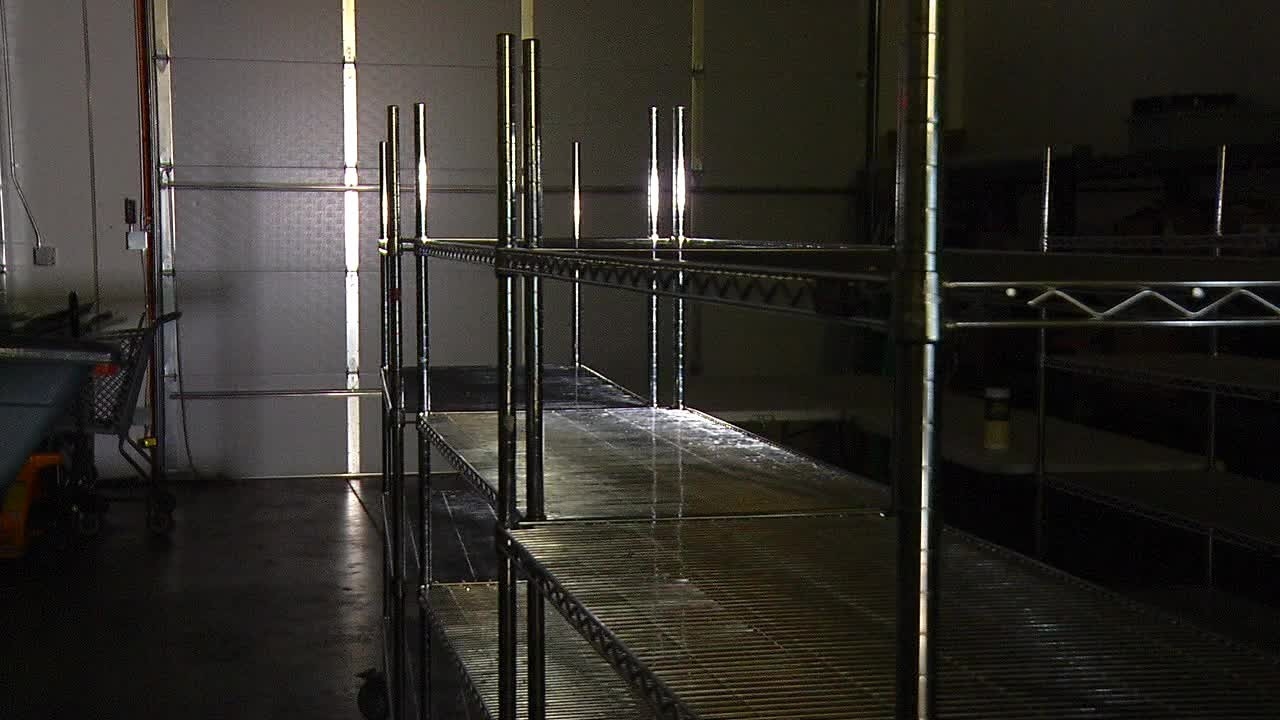 House of Refuge Outreach on St. Paul's East Side sits largely empty Sunday, May 15, 2022. The food bank has struggled to keep its shelves stocked in the midst of an FBI investigation into the mishandling of millions of dollars earmarked for children's nutrition programs. (KSTP)

“We were serving 3,000 children every week, and we had to stop doing that at the end of February,” Ross said. “We just could not continue financially to do it. So March, April and all of this part of May, we have not been feeding the children from the actual programs. So those kids have been going without.”

Ross said the only thing that has kept her food shelf operational for two days per week since the money was frozen is generous, often anonymous, donations.

“I mean, it’s devastating,” Ross said. “It’s devastating to know that we were doing a program that was benefiting so many families so that their children could eat a good, nutritious meal every night.”

God Squad founder the Rev. Darryl Spence said it’s been heartbreaking to volunteer at House of Refuge Outreach and watch “hundreds of kids line up every day to get their bag of food” when those bags sometimes don’t get filled.

“Now, they all have to wait in line with their bags, and they wait for hours sometimes and not all of them can get the food they need, but we make sure no one leaves without something,” Spence said.

Ross said MDE is reviewing the suspension of funds for her sponsor, and she is hopeful MDE will reinstate the sponsor on May 18.